Kawhi Leonard is, by all accounts, a quiet guy. He doesn't usually share a lot of information in interviews, he's not active on social media, and his fashion sense isn't over the top.

But wow, did his free agency decision create a lot of noise.

Leonard is signing with the Los Angeles Clippers, and he's bringing a friend with him. Leonard convinced Oklahoma City's Paul George to ask for a trade to join him in Southern California.

Finally, in order to make the salaries work, the Clippers are also sending Shai Gilgeous-Alexander and Danilo Gallinari to the Thunder. 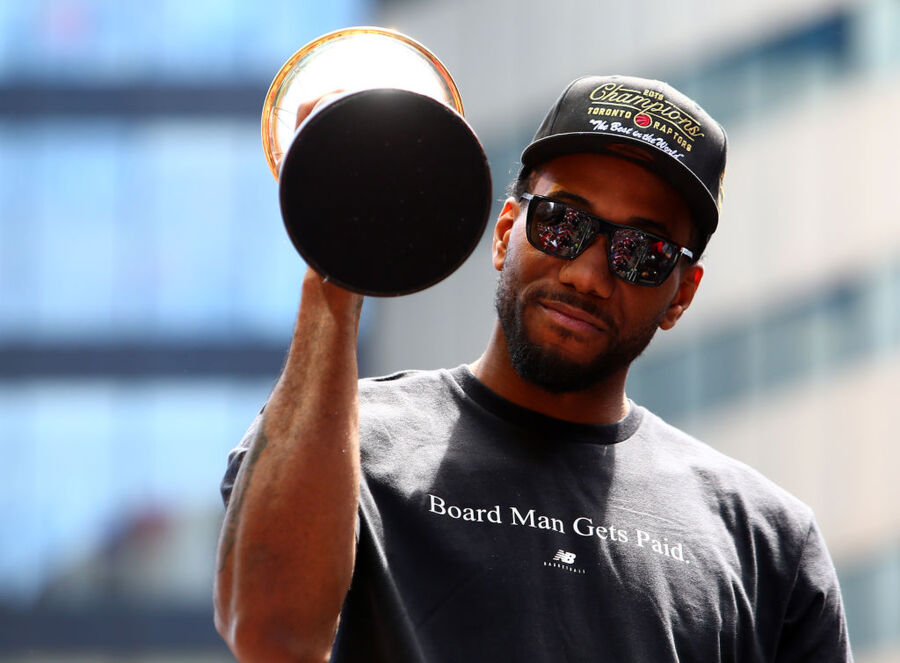 George still has three years and about $106.3 million left on his deal. Leonard will sign a four-year, $142 million with the Clippers.

Upon closer inspection, though, Leonard will have to pay a LOT of money in taxes. Per CPA Robert Raiola, after federal, state, and payroll taxes, Leonard will take home about $67.2 million over four years.

Could Leonard have made more by staying in Toronto? California's state income tax rate is 13.3 percent, which is only a tiny bit higher than Ontario's 13.16 percent. Canada's federal tax is actually higher than it is in the United States; Leonard would owe 53.53 percent of his salary between federal and state tax.

Then again, the Raptors could have offered Leonard a five-year, $190 million deal. His takeaway pay would have been higher, even if he would have lost more of it to taxes.

But of course, this was never about money. Leonard wanted to return home to southern California. He recently bought a home in San Diego, and now he'll play about an hour and a half away in Los Angeles.

Even though his stay in Toronto was brief, Leonard will forever be a Raptors legend. He led the franchise to its first ever championship with plenty of memorable moments along the way.

And now, Clippers fans are hoping Leonard has an impressive Hollywood encore planned.