Kawhi Leonard Accomplished Something No NBA Player Has Ever Done Before

As they waited for the final second to tick off the clock – literally, as there was a long stoppage in play with 0.9 seconds left – the Toronto Raptors began celebrating the first championship in franchise history. And when that buzzer finally did sound, the camera immediately cut to Kawhi Leonard – and rightfully so. The Raptors don't win a championship without Leonard.

Though other Raptors contributed throughout the series, Leonard was the team's consistent force. He won the Finals MVP, making him the first player to ever win Finals MVP in both conferences. He also won the award with the San Antonio Spurs in 2014.

It's certainly been a long road for Leonard with plenty of ups and downs. He sat out all but nine games last season while still with the Spurs due to injury. The missed games became a source of contention between Leonard, the Spurs, and the team's fans.

The Spurs traded Leonard and Danny Green to the Raptors this offseason for Toronto fan favorite DeMar DeRozan, Jakob Poeltl, and a 2019 draft pick.

Leonard said after the finals that his season with the Raptors was filled with ups and downs, but the team was so closely knit that no one knew what was going on behind the scenes.

Now, the question turns to whether Leonard will re-sign long-term contract in Toronto or head elsewhere. He has a player option worth $21.3 million, but he's certain to turn that down. His max salary next season would start at about $33 million if he opts out. 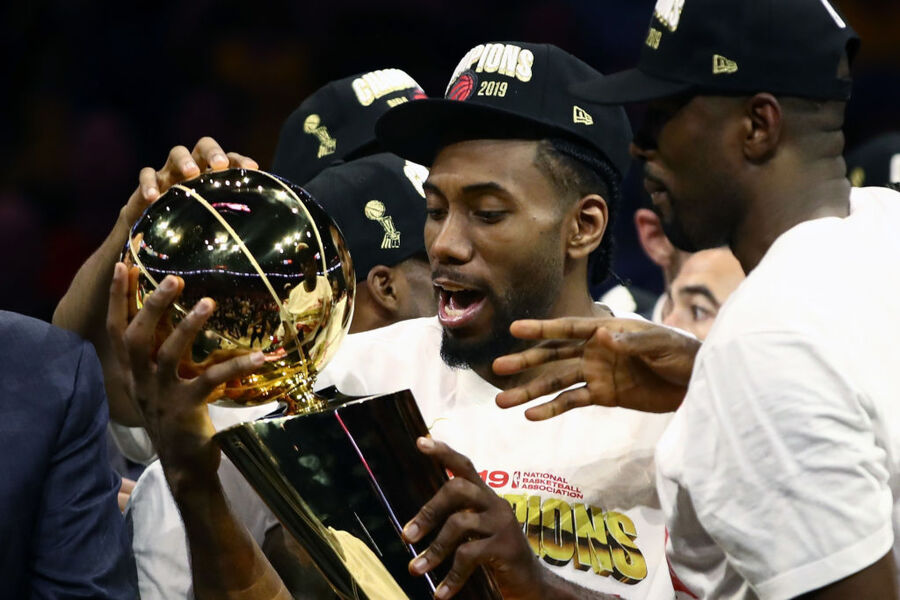 Did Toronto do enough to convince Leonard to stay? It's hard to imagine a better season – the Raptors finished with the second-best record in the league en route to their first-ever championship. The financial incentive is there for Leonard, too – he can make $190 million over five years if he remains north of the border.

Then again, if Leonard does decide to leave, it'd be a pretty cool story, too. He came into Toronto, got the job done in one year, then moved onto his preferred destination. The Clippers and Lakers are the frontrunners to sign Leonard if he leaves. They could each offer $140 million over four years.

Another move Leonard could make? Sign a couple of short-term deals, the way LeBron James did in Cleveland and Kevin Durant has done with Golden State. Leonard has eight years of NBA experience; a player with ten years of service can sign for a larger percentage of the salary cap. If Leonard effectively signed two one-year deals, he would likely earn more than $220 million over five years, assuming he re-signs with the same team he's playing for in 2021.

Regardless of where he ends up, Leonard will be revered in Toronto forever. The team took a gamble on him, and it paid off tremendously.