Why On Earth Would Katie Ledecky Be Turning Down A $5 Million Yearly Payday?

Katie Ledecky, 19-year-old swimming extraordinaire, just went home from Rio with four gold medals and one silver to her name. For those five medals, she won $115,000 in bonus money, and that alone would make her much richer than most people her age (though she has already racked up quite a bit more prize money than that). She could, however, be worth a whole lot more.

Before the games began, Bob Dorfman, an Olympic sports marketing expert, predicted that Ledecky would have an opportunity to cash in big on endorsements with a great performance in Rio—a performance which she gave.

"(Ledecky) could command as much as $5 million annually in endorsement income by turning pro — especially given that at just age 19, she has the opportunity to win gold in two, or even three more Olympic Games," said Dorfman. "Obviously, the challenge is maintaining high visibility during non-Olympic years, but with her personality and likability, combined with the ever-growing influence of social media, the potential for longer-term deals is there." 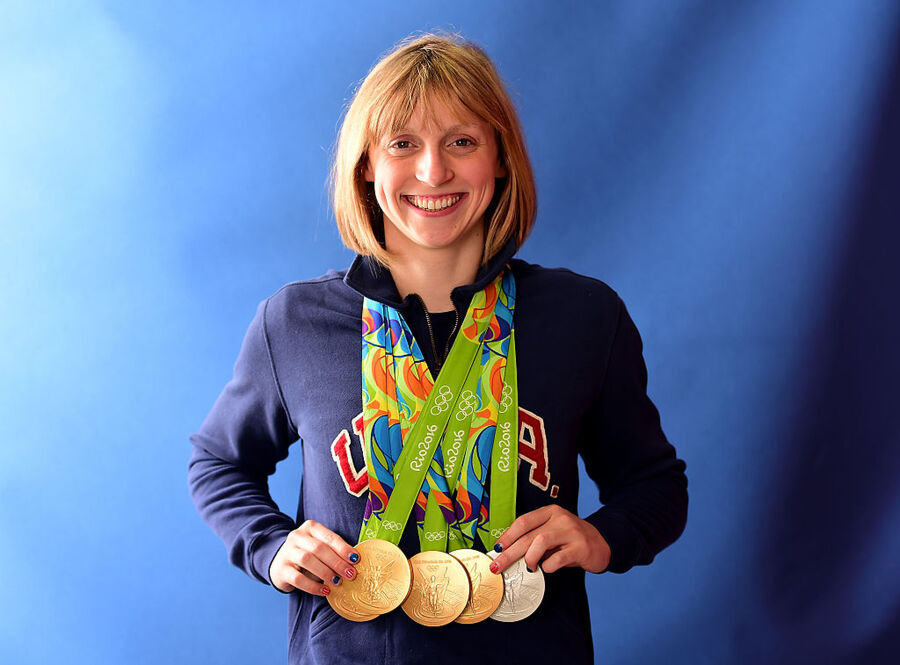 So with the possibility of huge deals on the line, why did the swimming sensation turn them down? College. She wants to swim for Stanford University.

Ledecky declined to enroll at Stanford last year to give her more prep time for the Olympics, and it obviously paid off. Now, she still wants to spend her four years in school and get the college experience.

"I've always wanted to swim collegiately and have that experience. I think it is going to be a lot of fun to be on a team with some really great friends and great swimmers and also just go to class with them," Ledecky told ESPN.

She'll definitely be in great company at Stanford, as she'll be joining Olympic teammates Simone Manuel and Lia Neal. And as long as she keeps up the hard work, she's sure to be back on swimming's biggest stage in 2020 and have another shot at those huge endorsement deals.