With the NBA's salary cap about to jump by leaps and bounds next year, LeBron James has just been signing one-year contracts with the Cleveland Cavaliers. It's a gamble for sure, as there's always the possibility for injury, but it's a shrewd business move that allows James to maximize his potential earnings.

So it probably shouldn't come as a surprise that James is making a shrewd business decision off the court, too. He's left the comfort of established fast food giant McDonald's, and has now invested in Blaze, a smaller but rapidly growing pizza company where diners can create their meal via an assembly line – think Chipotle, but for pizzas.

The potential is huge for LeBron, and he's hoping for an outcome similar to that of his investment in Beats By Dre. Though he's still a spokesperson, he cashed out when the company was sold to Apple last year, receiving about $30 million.

He may earn even more with Blaze. Fast casual pizza chains generated $779 million in nearly 800 restaurants as of the end of 2014. Of those pizza businesses, Blaze had the biggest unit growth last year, at more than 400%. On top of that, it had the largest sales growth too, at more than 450%. And that was without LeBron promoting its message. 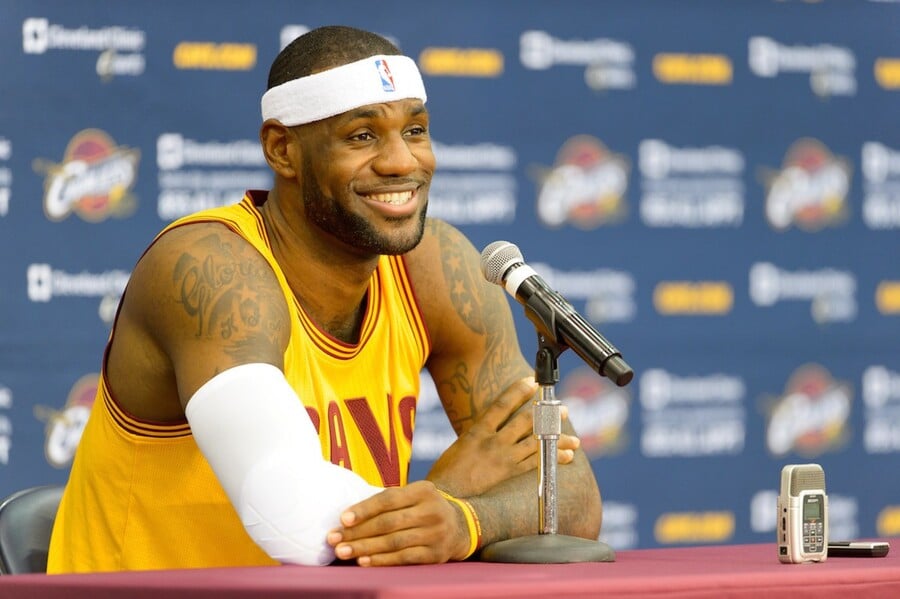 Though James did come on as a founding investor in the company in 2012 and has franchises in Miami and Chicago, he hasn't participated in any marketing efforts until now. His stake is worth more than 10% of the company, which is separate from his stake in Chicago and Miami franchise rights.

Blaze has 88 locations currently, but plans to open a new restaurant every four days. That would give the company more than 200 locations by the end of 2016. And those locations will probably get a boost from LeBron's influence.

Besides starring in marketing and promotional activities, Blaze is counting on LeBron's huge social following to help: James has 24.2 million Twitter and 13.9 million Instagram followers. He's among the most followed athletes on Twitter, second to just Cristiano Ronaldo. And the value of a James tweet is $139,474, more than any other athlete in the United States.

In addition to partnering with James, Blaze has sold the franchise rights to its company to 44 groups in the United States. The rights in Kentucky, Tennessee and part of Florida have gone to former NBA player Junior Bridgeman, who already has more than 200 fast food franchises to his name.

Outside of Blaze, James has endorsement deals with Nike, Coca-Cola, Samsung, Audemar Piguet and Upper Deck.