The defensive stars of the NFL are finally getting their due. Just one day after Aaron Donald signed a six-year, $135 million extension with the Los Angeles Rams, Khalil Mack topped him. He just had to change teams to do so.

The Oakland Raiders traded Mack to the Chicago Bears, who promptly signed the 2016 Defensive Player of the year to a massive extension. Mack's deal is worth $141 million over six years, with $90 million guaranteed. Both the total sum and guaranteed money are NFL records for defensive players.

The deal also includes $60 million due at signing.

Mack had been holding out in Oakland as he sought a better deal. Rather than shell out the money, the Raiders opted to deal their star defensive lineman for a bevy of picks. 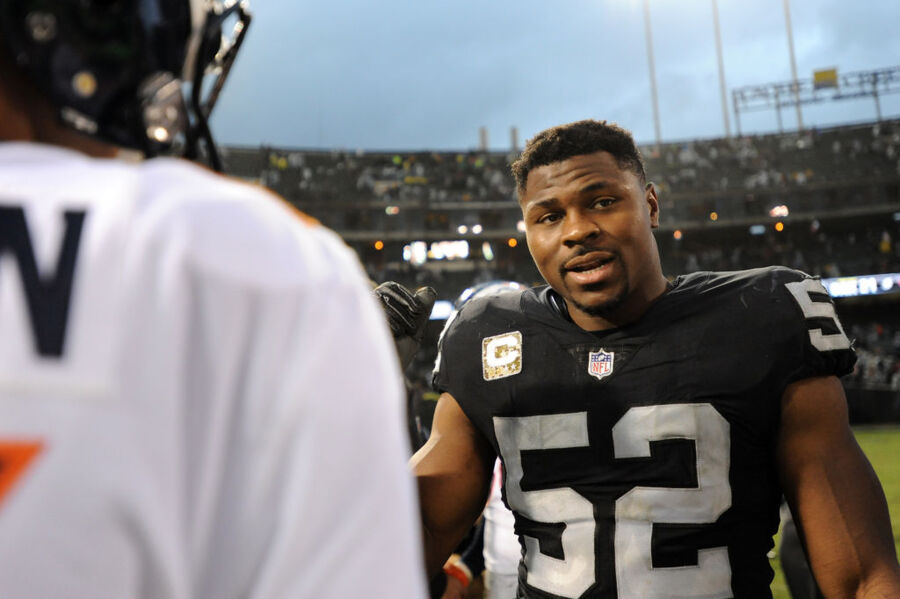 It's a bit of a puzzling move by a Raiders team that's a threat to win the AFC West. Even Raiders general manager Reggie McKenzie said it was "not a plan" to trade Mack.

The move is also an indication of the power that new head coach Jon Gruden has. Gruden has already moved left tackle Donald Penn to right tackle – after he took a pay cut to stay with the Raiders. Trading Mack was likely heavily influenced by Gruden, too.

Meanwhile, the Bears continue their summer of aggressive spending. They've brought in receivers Allen Robinson and Taylor Gabriel, as well as tight end Trey Burton. With Jordan Howard and Tarik Cohen in the backfield, the Bears are doing all they can to put second-year quarterback Mitchell Trubisky in a position to succeed.

And now with Mack, the defense is looking a whole lot better than it did earlier this offseason.