The Seattle Mariners are no strangers to big-name players. Guys such as Ken Griffey Jr., Randy Johnson, and Alex Rodriguez have put up impressive seasons in the Pacific Northwest. Julio Rodriguez is about to join them—he's only been in the major leagues for one season, but the rookie is already turning heads. In fact, he's been so impactful, the Mariners don't want to waste any time signing him to a long-term deal. And with the team in solid position for its first postseason berth since 2001, there's plenty to celebrate.

The Mariners announced they finalized a long-term extension with Rodriguez that guarantees their star outfielder at least $210 million. If things fall the right way, the deal could be worth $470 million, which would be the highest contract in American sports history.

This deal is a bit more unusual than most contracts we've seen, so here's how it all breaks down. 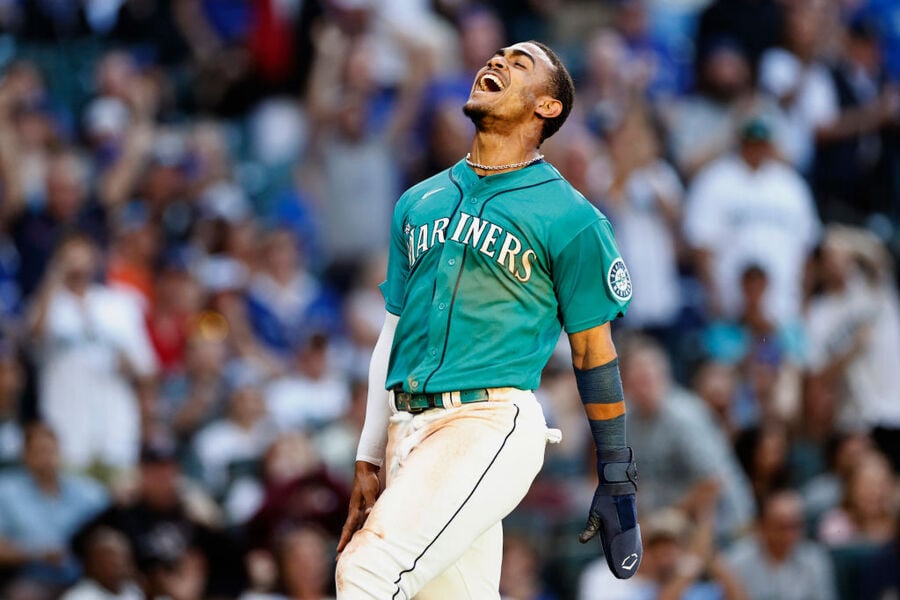 Rodriguez's base deal lasts through the 2029 season and is worth $120 million. After the 2028 season, the Mariners can exercise a team option for an additional eight or 10 years. That decision depends on where Rodriguez finishes in MVP voting during the previous seasons. The lowest eight-year extension would be worth $200 million, so Rodriguez would make $320 million total through 2037. The top 10-year extension would be a huge increase—$350 million on top of his guaranteed $120 million, for an MLB (and pro sports) record $470 million over 17 seasons.

There are also scenarios where Rodriguez's extension is worth somewhere between $200 million and $350 million. If he's consistently among the MVP finalists, for example, he could earn an eight-year, $280 million extension on top of his guaranteed $120 million base salary.

If the Mariners don't use the team option, Rodriguez also has a player option worth $90 million over five seasons, which would give him $210 million total. Alternatively, he could turn down that option and become a free agent. By that point, he'll be nearly 30 and could be poised for another massive contract elsewhere.

The Mariners signed Rodriguez as an amateur out of the Dominican Republic in July 2017 for a mere $1.75 million. This is his first season in the majors, and he initially struggled, striking out 30 times in his first 73 at-bats. Since that rough start, he's become one of the top players in the league. He's already a member of the 20/20 club with home runs and steals, made his first All-Star appearance, and impressed the crowd at the Home Run Derby with a spectacular display of power.

His strong play on the field and charming personality off of it make him a future superstar. Now, he'll get the most guaranteed money for a player with less than a full year in the big leagues. The Mariners—and baseball as a whole—can't wait to see what he does for an encore.