By Travis Pulver on September 1, 2015 in Articles › Sports News

Wide receivers have always been important to the success of NFL teams, but with more and more of an emphasis being put on the passing game there value is getting higher and higher every season. Teams are realizing that if they have a good one, they are going to have to do whatever it takes to hold on to them.

If the contracts that have been signed during the off-season are any indication, that means paying them somewhere in the vicinity of $14 million a season. That's what Dallas Cowboys wide receiver Dez Bryant and Denver Broncos wide receiver Demaryius Thomas got when they signed their new deals. 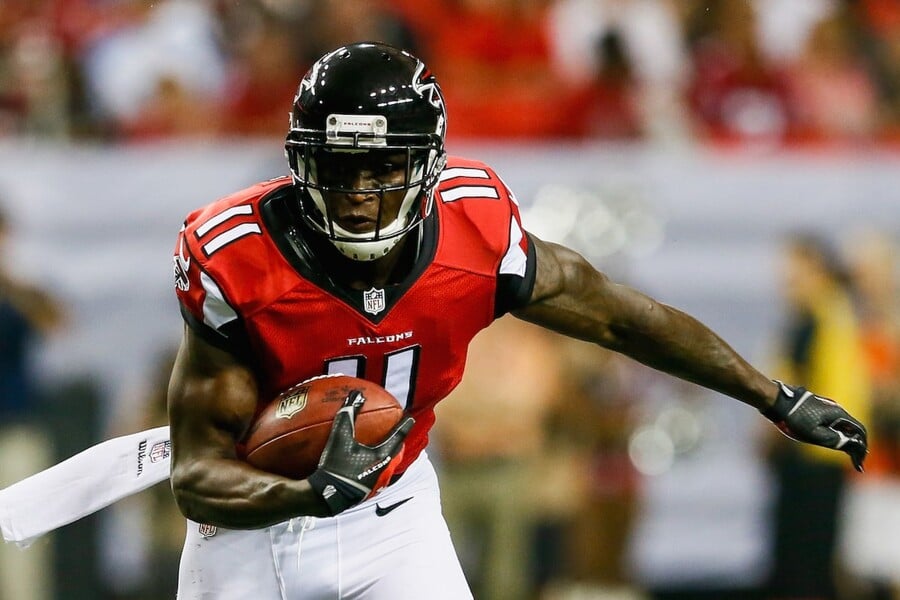 During training camp, Falcons owner Arthur Blank commented on how the team wants Jones to be a Falcon for life. The deal that was agreed to will certainly be a step in that direction. Saturday, the team announced that it had agreed to a five-year contract extension with Jones for $71.25 million with $47.5 million guaranteed.

"I didn't have any doubt in my mind that we were going to get it done," Jones said. "Whether it was this year or next year, we were going to get a deal done. I want to be a Falcon for the rest of my career, and Mr. Blank let it be known that he wanted me here as well."

Talks had stalled over the last week, making it look like Jones might play out the final year of his contract and actually hit the market next off-season (Atlanta probably would have hit him with the franchise tag if no extension could be agreed upon by then). Something jump started talks on Saturday, and they culminated in a new deal.

The deal is comparable to Bryant's and Thomas's; Jones will get $250,000 more a season than the two. However, his guarantee of $47.5 million is the highest ever for a wide receiver.

Since coming into the league, Jones has been one of the most dynamic wide receivers in the league catching 278 balls for 4,330 yards and 26 touchdowns. Last season, he set a new Falcons record with 1593 yards and a new career high in receptions with 104 even though he missed a game with an injury.

This contract will go a long way towards making him a Falcon for life. However, this deal will expire when he is 31, meaning the team will have to give him another big money deal (assuming he continues to perform), if they really want to keep him for life.