It's no secret Julio Jones is among the best receivers in the NFL. He led the league in receiving last season with 1,677 yards, the second time he's been tops among receivers. In the past five seasons, he's caught at least 83 passes, including a league-leading 136 in 2015. His 96.7 yards per game is highest of any receiver to play the game. He's made the Pro Bowl five years in a row and voted All-Pro twice.

The Atlanta Falcons certainly know Jones is a special talent. They gave him more guaranteed money than any receiver in NFL history.

Jones will make $66 million over three seasons, all of it guaranteed. In fact, $64 million – a whopping 97 percent – is due at signing. The percentage of the amount received at signing is also a league record for a non-quarterback. 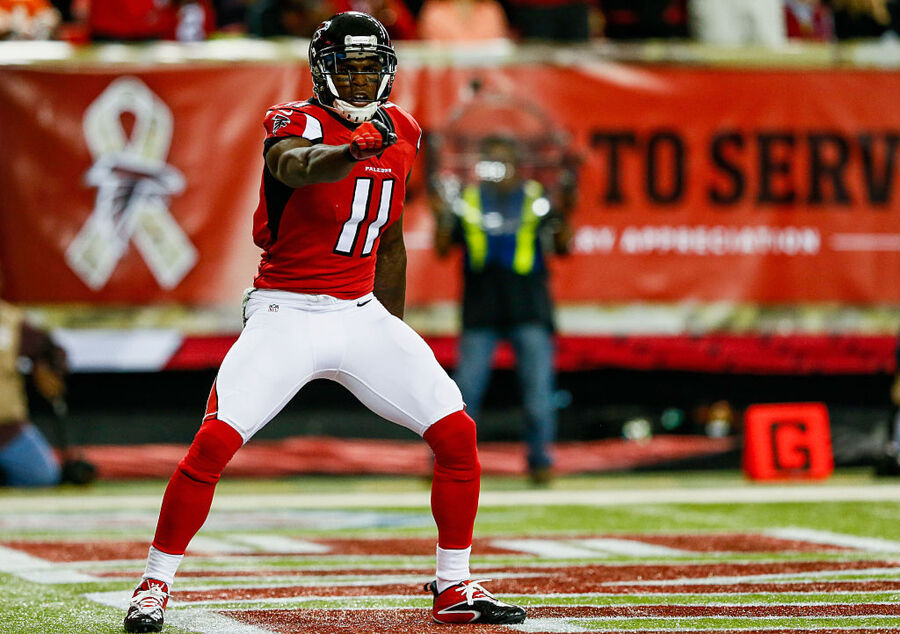 Paired with the remaining two years and $21 million on his current deal, Jones will make $87 million over the next five seasons.

During the offseason, Falcons owner Arthur Blank vowed to take care of Jones, defensive tackle Grady Jarrett, and linebacker Deion Jones. All of them were paid handsomely before Week 1. In addition to Julio Jones's new deal, Jarrett received a four-year contract worth $68 million (with $38 million guaranteed) and Deion Jones got a four-year, $57 million extension, with $34 million guaranteed.

Now that his contract is taken care of, Jones can turn his full attention to the field. He's been rehabbing knee and foot injuries during minicamp but seems primed for another big season. The Falcons hope Jones will take his new contract all the way to the Super Bowl.