Juan Soto was an integral part of the Washington Nationals' championship run in 2019. He posted career-highs in home runs (34), RBIs (110), and stolen bases (12) during the regular season, then continued that solid play throughout the playoffs, culminating with a .333/.438/.741 performance in the World Series, adding three home runs and seven RBIs.

Though the Nationals haven't sustained the same level of success, Soto is still playing extremely well. In 2021, he made his first All-Star team, won a Silver Slugger award, and finished second in MVP voting. Understandably, Washington tried to secure the 23-year-old Soto for the long-term—but he turned them down.

Before the MLB lockout, the Nationals offered Soto a 13-year deal worth $350 million. The contract would have started immediately and would have paid an average of about $27 million every year until 2034. Soto would be 36 by the time it ends. 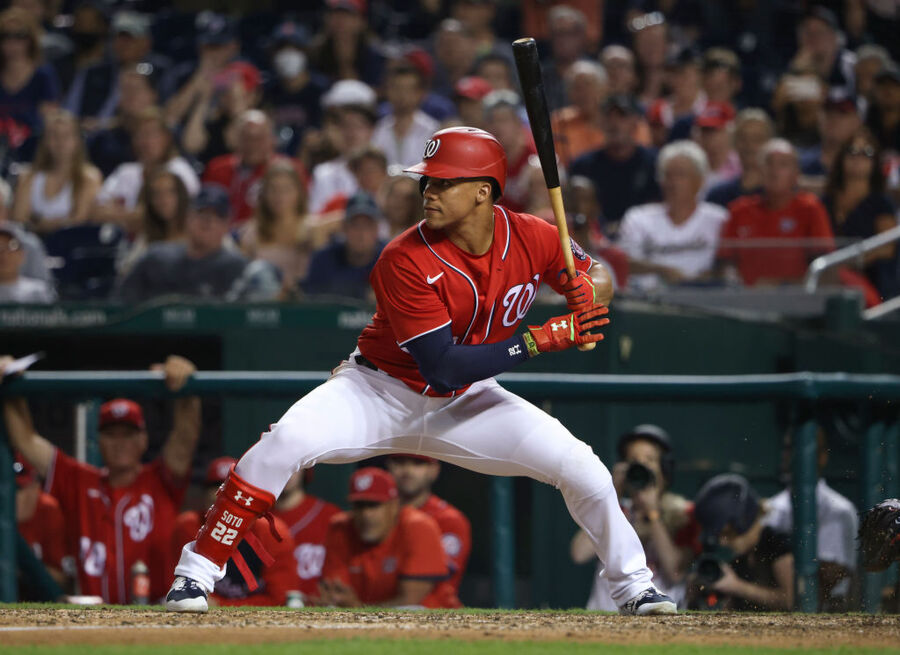 "Yes, they made me an offer a few months ago, before the lockout," Soto told ESPN's Enrique Rojas. "But right now, my agents and I think the best option is to go year by year and wait for free agency. My agent, Scott Boras, has control over the situation."

Yet Soto said no to the $350 million, believing he can score an even better deal. And you know what? He might be right.

The deal from the Nationals didn't include any deferred money. Soto, who hits free agency in 2024, would be trading in the rest of his current deal for a new one. Near the end of last season, Spotrac projected Soto's next contract to be 15 years and $503 million. He could presumably finish out this current deal before signing his next contract, or at least get some deferred money, and still surpass half a billion dollars.

Soto did say he'd like to continue his career in Washington, so it's possible he ends up signing a long-term deal in a year or two anyway. For now, he might be the only player in MLB history who can say he turned down $350 million—and felt totally okay about doing so.