The Washington Nationals are struggling this season. As of this writing, they have lost more than twice as many games as they've won. It's a far cry from the 2019 team, which won the World Series. In the midst of a rebuilding phase, the Nationals planned to build around Juan Soto, their prized All-Star outfielder… who is only 23 years old.

In fact, the Nationals are so enamored by Soto that they offered him the largest deal in baseball history. How big?

And the offer didn't include any deferred money, which can lower the present-day value. Washington has previously offered monster contracts to players — $245 million to right-handed pitcher Stephen Strasburg and $210 million for fellow righty Max Scherzer — but those contracts had deferred values.

Soto's deal had none of that. Had he accepted, he would have been the highest-paid player in the league by total salary, surpassing Mike Trout's $426.5 million deal from 2019. Soto's deal would have paid him an average salary of $29.33 million from his age 24 to 38 seasons. Yet the outfielder turned the offer down. 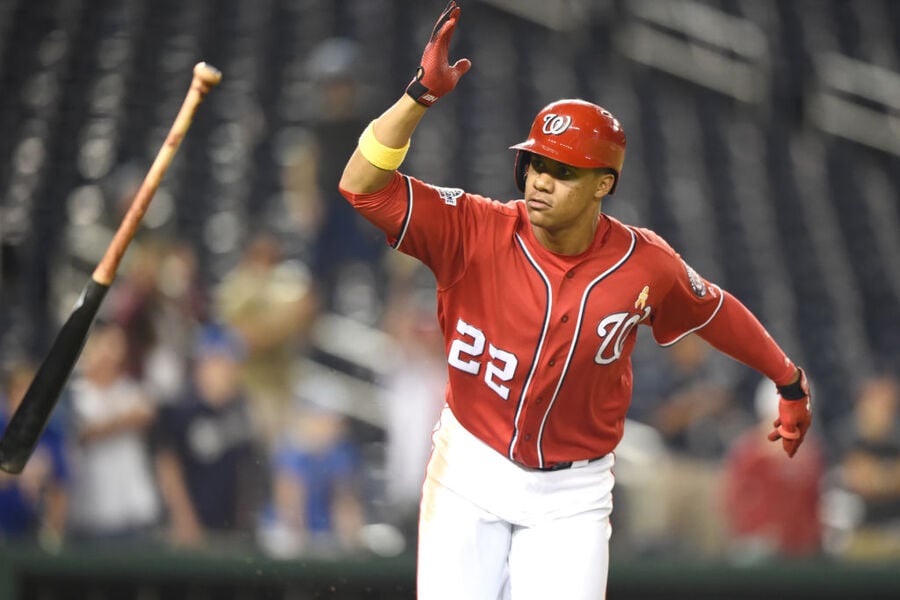 The Biggest Contract In Baseball History

For some perspective on just how big Juan Soto's rejected contract is, consider this:

In Alex Rodriguez' 22-season MLB career, he earned a total of $452 million. That still stands as the the most money earned in an MLB career. A-Rod made more than half of that salary after signing a 10-year, $252 million deal with the Texas Rangers, though he played out a large portion of that contract with the New York Yankees. So Soto's $440 million deal is just a bit shy of A-Rod's entire career earnings!

Soto's reasoning for rejecting the Nationals' offer is likely two-fold.

#1) He probably believes Washington can't turn the team around.

#2) He also feels he can earn more money by signing a deal a few seasons down the line.

Understanding the first explanation is pretty simple. Since winning the World Series in 2019, the Nationals have had three straight losing seasons. Barring a massive turnaround this year, they could finish with the worst record in the entire majors.

His reasoning behind explanation #2 is a commentary on the state of contracts in pro sports. Soto is 23 years old. He's obligated to stay under his current contract for three more seasons, including the current one. If he continues playing at an All-Star level, the market for superstars will surely increase over that time. And if that happens, at some point a $440 million deal might seem like not such a great deal after all. Furthermore, Soto probably also wants a higher annual average value (AAV) for his contract. While $29.33 million is a lot of money, it would give Soto the 20th-highest AAV in baseball history when he's aiming for among the highest.

Now, the Nationals are entertaining trade offers for Soto. Since he's still under contract for two-and-a-half years, the team doesn't need to trade him immediately. However, he's made it clear he doesn't want to be with the Nationals, so holding him for too long might limit what they get back in return.

It's a delicate situation to be in — except for Soto, who's likely to receive a massive payday wherever he ends up. It just won't be in the nation's capital.