Carolina Panthers cornerback Josh Norman is in a unique situation. He has the opportunity to live the dream of every football player who has ever put on a pair of shoulder pads – get paid a ridiculous sum of money to play the game. So, like any smart player, he is intent on not screwing it up. He is going to make sure he gets paid as much as possible.

Making $13.952 million next season – thanks to the franchise tag, the average of the top five salaries at a player's position – will be a heck of a pay raise from the $1.5 million he made last year, but it is only for one season. Norman wants two things in his next contract, more money and more security. As far as the money is concerned, he wants a lot of it.

He wants a long-term deal worth $16 million a season.

Until he signs his franchise tender, Norman has the upper hand. Technically, he is not under contract, so when the team holds any off-season activities he is not obligated to attend. He doesn't plan on doing so.

"I can't report if I haven't signed anything, so I don't feel as if I'm at the point where I'm ready to get back to working right now," Norman told NFL Network during a recent interview. 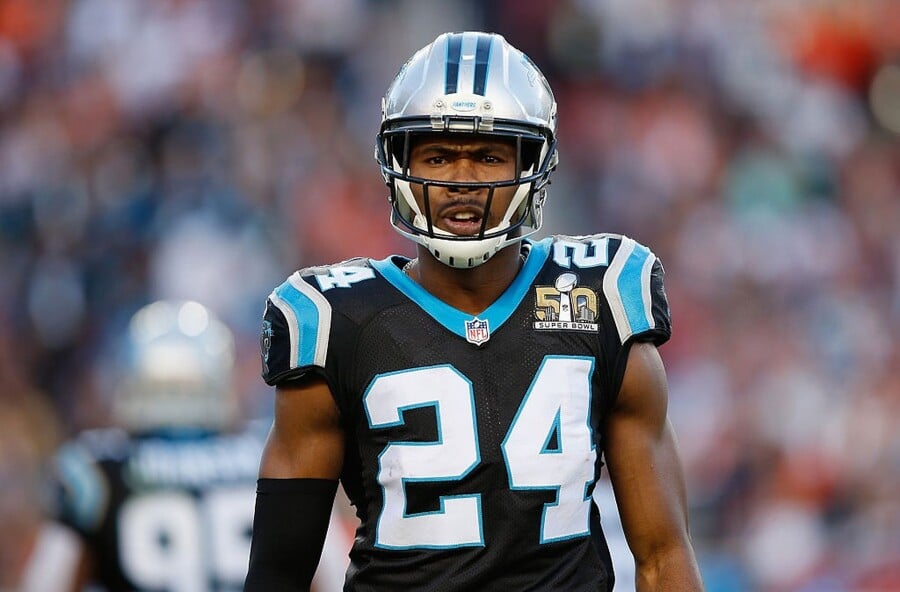 That puts the Panthers in a rather precarious position. Do they make him the highest paid defensive back or do they try to negotiate him down to something more reasonable?

He definitely played his best last season when he faced the NFL's elite receivers. DeAndre Hopkins, Mike Evans, T.Y. Hilton, Dez Bryant, Julio Jones, and Odell Beckham, Jr.  together only managed to make 14 receptions for 130 yards. Beckham Jr. is the only one that recorded a touchdown. Opposing quarterbacks earned a rating of just 54.0 against him.

Based off of last season alone, he deserves to be paid well; however, the Panthers can't look at just one year's worth of work. They have to consider his career to date and what they think he can do going forward. He started as a rookie but struggled, and was eventually benched during Week 14.

He didn't regain the starter's job until halfway through his third season. From that point on, it was clear that he had talent. Receivers made the catch against him only 46.6 percent of the time (second best in the NFL), and opposing quarterbacks earned a rating of just 53.2 when they threw his way.

So in his last 24 starts, he looked every bit the superstar he wants to be paid like – but are 24 starts enough to become the highest-paid defensive back in the league?

Right now, that honor belongs to Darrelle Revis, who is making a little over $14 million a season with his current contract (will make a base of $17 million in 2016). Revis has been considered the best in the business for a number of years and has done enough each season to earn the moniker. Has Norman done enough to supplant him?

Not likely. Even if he had, the Panthers still wouldn't give him $16 million a season. The reason is simple: he's too old. Norman will turn 29 during the 2016 season. Defensive players tend to peak when they are young (23-25), experience a slight decline as they get older, and then a rapid decline once they turn 33.

It took time for Darrelle Revis to develop a reputation for being the best. It certainly took more than a season and a half.

If the Panthers want to give him a long-term deal, they may want to stick to a four-year contract with a team option for a fifth season. That way, he can get paid well for his best years, and the team can cut him loose if he declines once he hits 33. If he bucks the trend and gets better with age (like some do) he'll get a shot at another high-dollar deal.

With the salary cap expected to keep growing over the next few years, there is no telling how high it could be.