Athletes signing huge contracts is nothing new. We see it all the time, whether it's the young up-and-comer scoring a new deal worth triple digits, the aging veteran getting one last big payday, or something in between. It transcends across all sports, but perhaps the most ridiculous deals happen in baseball.

Because the MLB doesn't have a hard salary cap, owners can pay players an unlimited amount of money. Of course, having the infinity sign appearing as the dollar amount would be confusing for that player's financial institution when it came time to cash the check, so instead, the player is offered hundreds of millions of dollars. For example, A-Rod signed a $252 million deal over 10 years. Just in the past year alone, several pitchers have inked historically large contracts.

Sometimes those massive deals pay off; sometimes they're complete busts. And just sometimes, you get the lovely whammy that the Colorado Rockies are experiencing with former infielder Jose Reyes, in which the team has to pay $39 million just to be able to release him.

Reyes was arrested on October 31, following a physical altercation with his wife at the Four Seasons Resort Maui in Wailea, Hawaii. Allegedly, he grabbed his wife by the throat and pushed her into a sliding-glass door in their hotel room. Reyes' wife declined to cooperate with prosecutors, so a judge in Hawaii formally dropped the domestic abuse charge in April. 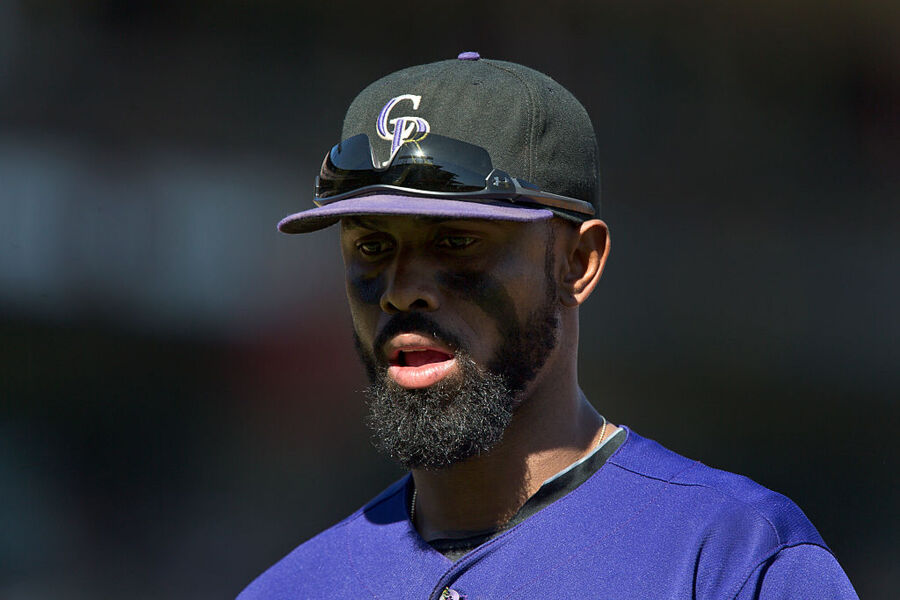 Major League Baseball gave Reyes a suspension without pay through May 31 for violating the league's domestic abuse policy. As a result of the suspension, Reyes lost $6.25 million. The Rockies sought to trade Reyes, but were unable to do so and placed him on waivers. The day after he became a free agent, he was picked up by his old team, the New York Mets. The price the Mets had to pay to sign him? A measly $507,500. That's the minimum for teams to claim a player off of waivers – the Rockies are responsible for the rest of Reyes' contract.

Reyes said in a statement:

"As I have expressed in the past, I deeply regret the incident that occurred and remain remorseful and apologetic to my family. I have completed the counseling required by MLB, have been in ongoing therapy, and will continue with counseling going forward. I appreciate the Mets organization for believing in me and providing the opportunity to come back home to New York."

While he did appear in some games for Colorado's Triple-A affiliate, the Albuquerque Isotopes, Reyes was still designated for assignment from the club. With the Mets, Reyes is starting with Class A Brooklyn and will likely spend about 10 games in the minors before moving back up to the majors.

Reyes, who spent 12 years with the Mets from 1999 to 2011, will still have to undergo counseling while with the team. The Mets plan to use him as their leadoff hitter, as the team is horribly lacking in speed, and Reyes has demonstrated terrific base stealing abilities throughout his career.

Mets general manager Sandy Alderson spoke with Reyes for about an hour and believes that he's truly remorseful for his actions. Alderson added that both Reyes and the organization will be held to "a standard that recognizes the seriousness of domestic abuse and a commitment to stand against it."