José Calderón Made $415,000 By Being On The Golden State Warriors For Less Than Two Hours

José Calderón has been a productive NBA point guard for the better part of a decade. He's never made an All-NBA or All-Star team, but he's had a solid career, and is in the NBA record books with the best free throw percentage for a single season, knocking down 98.1 percent of his attempts at the line during the 2008-09 campaign.

That might be Calderón's single greatest accomplishment in the league, though what happened this past week might be nearly as impressive. Calderón made $415,000 in one hour and 59 minutes with the Golden State Warriors, despite not playing a single second for the team.

The 35-year-old Spaniard had agreed to a buyout of his contract from the Los Angeles Lakers, which cost him $400,000. The Warriors were going to pay him a little bit more to sign him to their final open roster spot. Then Kevin Durant got hurt and plans changed. Instead of signing Calderón, the Warriors opted to ink a deal with Matt Barnes to provide additional frontcourt depth with Durant out of the lineup. 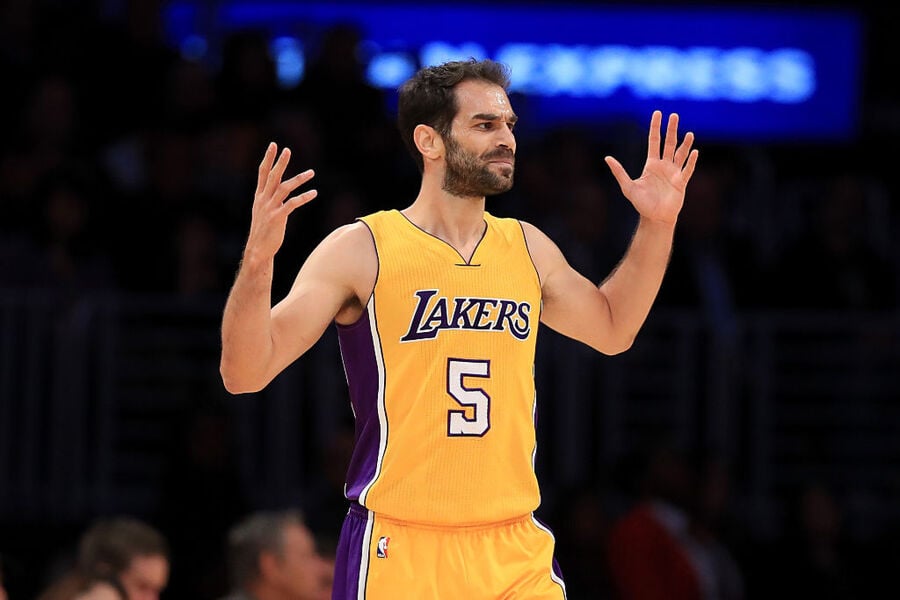 It was terrible timing for Calderón, who passed up deals with other teams to sign with the Warriors. The team recognized the situation, however, and decided to pay Calderón the $415,000 it owed him, despite knowing they'd release him just a mere 119 minutes later. Not a bad gesture on the Warriors' part.

Barnes, meanwhile, rejoins a Warriors team that he played for from 2006 to 2008. Golden State is hoping he can rekindle a little bit of the magic of the 2007 Warriors, who were led by Baron Davis and Stephen Jackson. That squad knocked off a 67-win Mavericks team as the eighth seed in the playoffs, something that had never before been done in a seven-game series.

As for Calderón, he's already been claimed off of waivers by the Atlanta Hawks, so he will, in fact, have to play a few more games to earn additional money. But at least the world has a pretty cool collectible item now: a Golden State Warriors Calderón jersey.