How Jose Altuve's Determination Made Him An MVP And Champion

Jose Altuve is entering his eighth year in the major leagues. The Astros second baseman is coming off his best season yet, culminating in an AL MVP award, a World Series ring, and a five-year, $151 million extension. Things didn't always look so rosy for Altuve, though. But his story is one of incredible perseverance and determination – and it's paid off in a huge way.

Altuve, who stands just 5'6″ – the shortest active player in the major leagues – grew up in Maracay, Venezuela. He loved baseball from an early age, and when he was 16, the Houston Astros held tryouts in Altuve's hometown.

Altuve went to the tryouts, but scouts turned him away, citing concerns about his height and age. They told him not to come back. 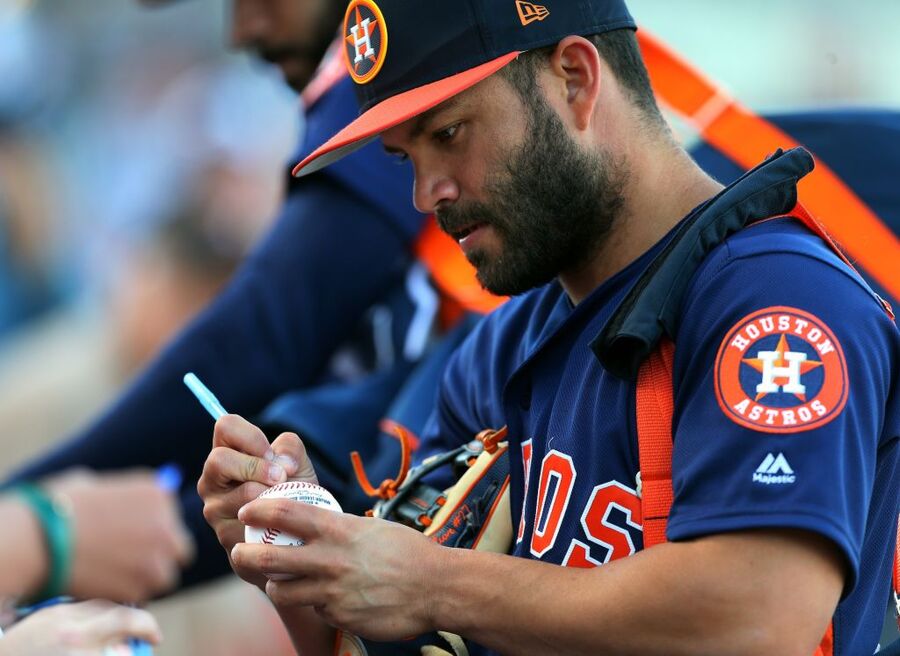 Luckily, Altuve didn't listen. With encouragement from his father, he returned the following day with a copy of his birth certificate. The Astros agreed to evaluate him and after an impressive tryout, the team gave Altuve a $15,000 contract as an undrafted free agent. But Altuve's journey was just beginning.

He hit .343 in the Venezuelan Summer League in 2007 and moved to the United States in 2008 to join the Greeneville Astros, the team's Rookie-level club. The following season, he made the league's All-Star team and won MVP. That was enough for a promotion to the Class A-Short Season New York-Penn League, where Altuve played 21 games before another promotion.

In 2010, Altuve moved up to the Class A South Atlantic League, hitting .308 with 11 home runs and 39 steals. Altuve joined the Lancaster JetHawks in the Class A-Advanced California League midway through the season, and in 2011, he hit .408 through 52 games. He played so well that he was promoted to the Corpus Christi Hooks, a Texas League AA team.

Altuve had played so well since his tryout in Maracay that the Astros called him up from the Hooks. He completely bypassed playing AAA ball.

The strong play continued in the majors as Altuve got a hit in his first seven games, tying a Major League record. And perhaps the most fitting, considering the determination he's displayed throughout his entire career: Altuve's first home run was an inside-the-park.

Over seven seasons, Altuve has continued his impressive display. Through his career thus far, he's hit .316 with 84 home runs, 403 RBI, and 231 stolen bases.

Altuve will start next season in a way he never has before: as an MLB champion. And it's all thanks to his hard work and determination.