Jordy Nelson Spends His Off-Season Working On The Family Farm

If you were a multi-millionaire, how would you spend your time off? Private island? Mountain chalet? Yacht? Not if you're Green Bay Packers star wide receiver Jordy Nelson. Though Nelson is in the midst of a 4-year, $39 million contract with the Packers, he comes from a small town, and he still always goes home.

Nelson was raised in Riley, Kansas, which has a population of 992 people and well over 1,000 cows. To put that in perspective, you could fit the town's (human) population inside Lambeau field over 80 times and still have room for the hot dog guy and the cheerleaders.  With the money from his current contract, he could buy every member of the town a new Ford Mustang if he wanted (but for his sake, don't tell them that).

Every winter when the off-season comes around, Nelson returns home to work the family farm. According to the 2014 Pro Bowl wide receiver, he'll often work 12-hour days on the farm, harvesting hay and wrangling cattle. In fact, he says he feels like he's more of a farmer than he is a football player. Back home, he says he's "just the farm kid they have always known." 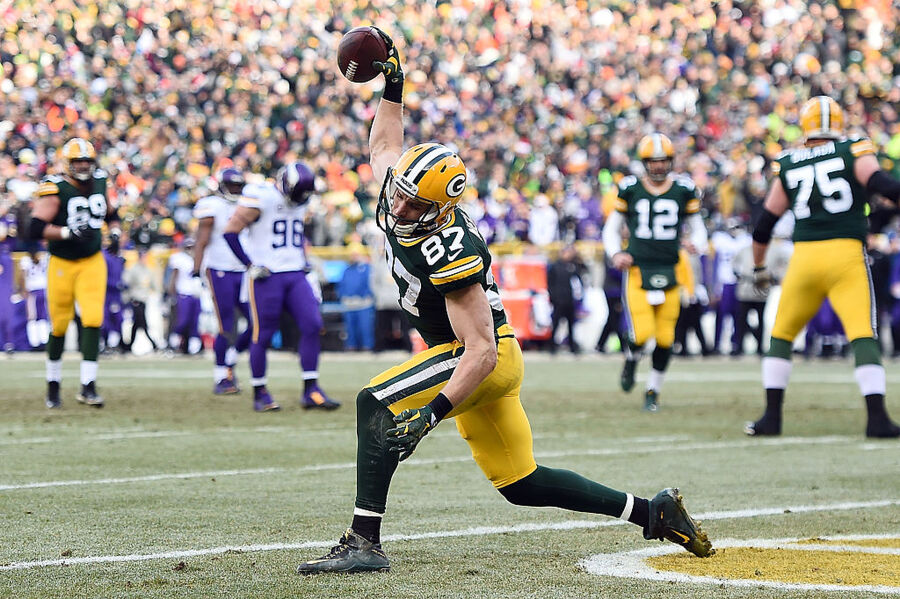 Back in college, Nelson walked out on at Kansas State hoping to play quarterback, which was his position at Riley High School. The coaching staff there sensed he would make a better wide receiver, and he eventually got drafted in the 2008 NFL draft. Since then, he's been selected to the Pro Bowl once (2014), and he has over 7,000 receiving yards, 63 touchdown receptions, and one Super Bowl ring. And his numbers would have been even better had he not missed all of 2015 with an injury.

This season, he's been instrumental in the Packers potent offense, leading the league with 14 touchdown receptions. Unfortunately for the Packers, his status is questionable heading into the NFC Championship game against the high-flying Falcons, after fracturing a couple of ribs in the wild card round and missing the divisional game against the Cowboys.

It's time to head home and hit the hay (and I don't mean sleep).