It was not that long ago that the Detroit Tigers were the cream of the crop in the American League. From 2011-2014 they won their division, made it to the ALCS three times, and made it to the Word Series once, but last season the wheels fell off. They finished last in the division, with their lowest win total since 2005 (74; they had 71 in 2005).

Part of the reason for their success has been their pitching staff. During the 2012 and 2013 seasons, they had one of the top ten staffs in the league (No. 9 according to ERA), but last season it was one of the worst (4.64 ERA; No. 28 in the league). Addressing the need is going to be one of their primary goals during the off-season. 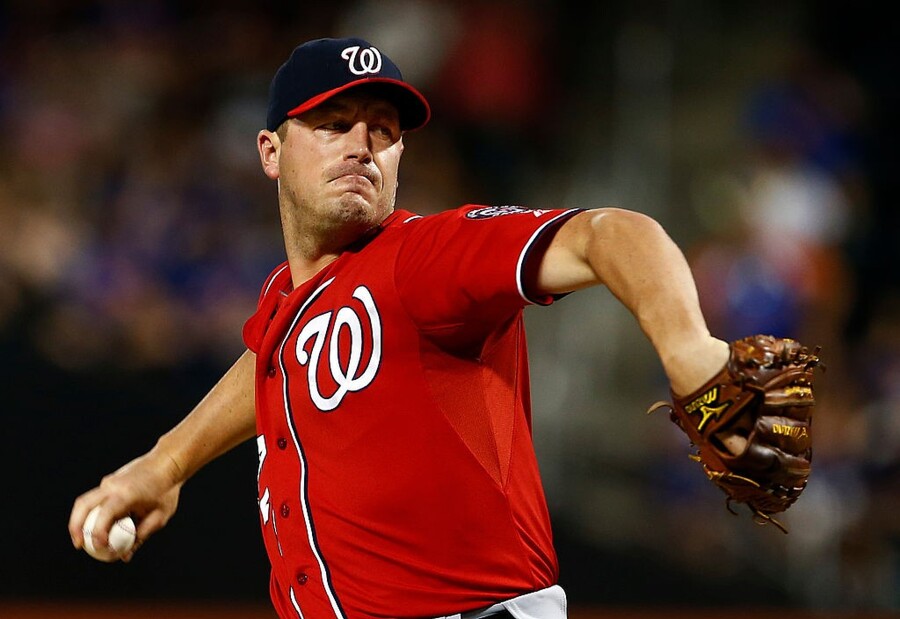 During his introductory press conference, the 29-year-old said he appreciated that the Tigers made him a priority while other teams were looking at him as a back-up option choice if they didn't get David Price, Zack Greinke, or Johnny Cueto. "It means a lot. For these guys to want me that much, I'm excited. I'm happy to get this jersey on Opening Day and get to know the guys," he said during the press conference.

The deal is the richest one given to a player that has had Tommy John surgery (Zimmerman had it in 2009). The previous high was the five-year, $97.5 million deal the Cardinals signed Adam Wainwright to in 2013.

With the team's corps of Miguel Cabrera, Justin Verlander, and Victor Martinez not getting any younger, the team knew it needed to address its pitching if they were going to make another World Series run. Cost is not a concern for team owner Mike Ilitch.

"I don't care about spending money," Ilitch said. "They get the players and I spend and I don't worry about it, because they have good judgment. We've had good teams over the years, and it's a lot of fun for me."