The Masters, the most exciting tournament in golf, is in full swing. At $11 million, the purse is tantalizing, with the winner receiving nearly $2 million. Golfers that play well receive a huge payday, but the caddies can collect a nice check, too. Caddies typically take home eight percent of a golfer's earnings, or 10 percent if they win, so it can be fairly lucrative.

One of the names to watch is Jordan Spieth, the former world number one and a three-time major winner. He'll likely enter Sunday near the top of the leaderboard at Augusta, and his caddy could reap the benefits.

It's only fitting, after all. Spieth's caddy, Michael Greller, has made about $5 million since giving up teaching in 2012. Greller used to teach math at a middle school, earning a $55,000 salary.

Greller actually moved school districts to be closer to Chambers Bay and work as a caddy outside of school. He carried Justin Thomas's bag at the 2010 U.S. Amateur. Thomas introduced Greller to Spieth at the 2011 U.S. Junior Amateur, which Spieth won. In the 2012 U.S. Open, Spieth again had Greller by his side, and they've worked together since then. 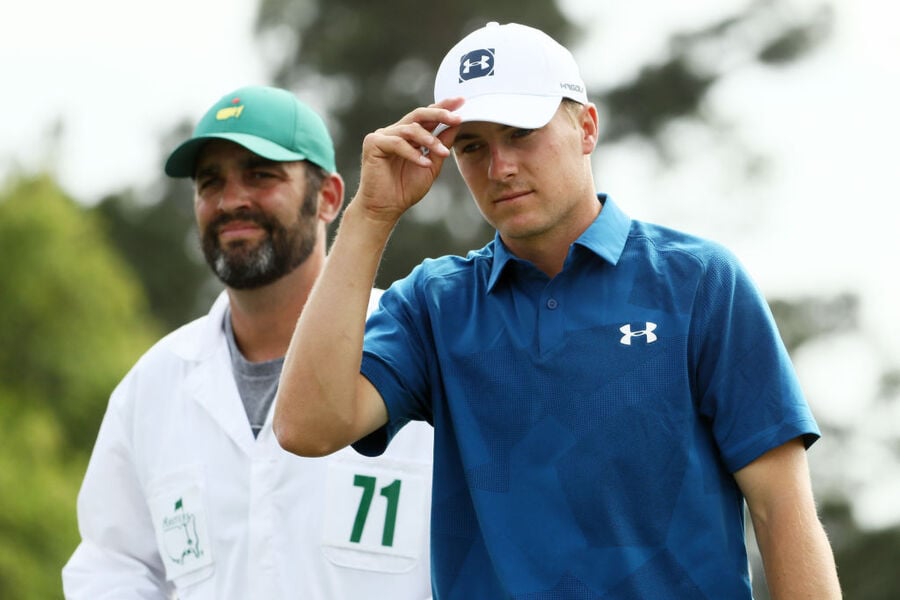 Since Spieth has been such a force over the past few years, Greller has made around $3.1 million just from the PGA Tour. Greller's also taken home percentages of Spieth's earnings from the FedEx Cup and other non-PGA events. Add endorsement deals into the mix and Greller's estimated earnings are around $5 million.

Here's another incredible stat: Spieth turned pro in 2012. Since then, 436 golfers have made money on the PGA Tour. Greller would rank 107th in on-course earnings – better than 330 of them.

Greller has certainly earned his money, though. He's given Spieth countless pointers and helped him recover from a brutal drive during the 2017 Open Championship. Spieth ended up winning that tournament.

If Greller can help his golfer win this weekend, he'll add a nice bonus to his already impressive wealth.