Life is good for Jordan Spieth. He plays a game for a living that pays him very well, and requires him to spend his weekends in some of the most beautiful locations in the world. He has a beautiful girlfriend he has been with since high school. Chances are, she is not into him for the money, and when she graduates from business school, she could probably help him grow his.

So how can life get better for the No. 1 golfer in the world? The 22-year-old can sign a multi-year deal with soft drink giant Coca-Cola for a boatload of cash.

"Coca-Cola has always been associated with iconic sporting events and some of the world's greatest athletes, so this is an incredibly cool opportunity for me," Spieth said in a statement. "As a brand ambassador, I look forward to growing awareness for the sport of golf globally and engaging with fans in exciting new ways." 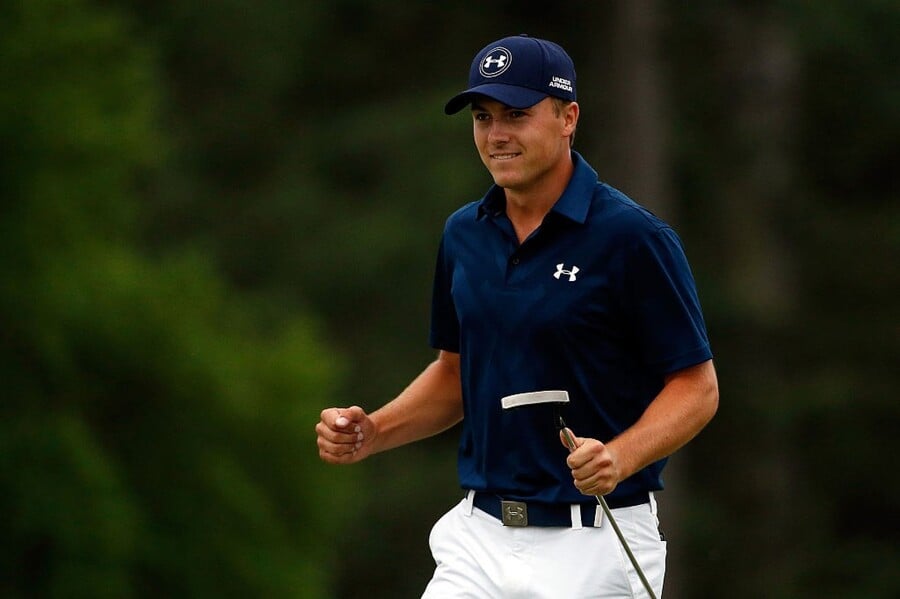 Spieth's agent and Coca-Cola have not specified the terms of the deal publicly, but rumor has it that it is one of the biggest the company has ever signed with an athlete; comparable with the one Coca-Cola has with LeBron James. Along with appearing in everything from television ads to digital and print as well as social media for Coke, he will be doing the same for Dansani water (which is owned by Coca-Cola).

The deal was the icing on the cake for what was an incredible year for Spieth. He won his first major, the Masters, with a record tying score of 18-under (270; Tiger Woods set the mark in 1997). Later in the year he became the youngest player, since Bobby Jones in 1923, to win the U.S. Open. In total, he had five PGA Tour wins during the year earning $23 million (a record $12 million on the tour, $1 million at the Hero World Challenge, and $10 million bonus for winning the FedEx Cup).

Tack on the $30 million he made off of the course, and add for emphasis that he knocked Tiger Woods off his pedestal as golf's top money earner – a position Woods has owned for the last 13 years.

At the age of 22, he made $53 million in the last 12 months. Yeah, life is good for Jordan Spieth, and chances are, it is only going to get better. Along with Coca-Cola, he has deals with big name companies like Under Armour, AT&T, Rolex, and Titleist. As he continues to win and his star continues to rise, other big name brands will come calling, ready to make his bank balance even bigger.

Life certainly is good for Jordan Spieth, and it has only just begun.