Jordan Spieth's Caddie Is Having A Very Good Year!

With the British Open kicking off on Thursday the golf loving world will once again be tuned in to see if anyone can take down young Jordan Spieth. The 21-year old golfer is having a heck of a year. Earlier this year he became the second youngest player to win the Masters and set a new 72-hole record. He followed that up by winning another Major, the U.S. Open.

On the year he has 12 top ten finishes including a third, three second place finishes, and five total wins. He's made the cut in 17 of the 19 events he has played in and finished in the top 25 in all but two. All that means one very important thing—he has made a killing playing golf; $8,709,838 according to the official tour money list.

He is not the only one having a great year of course. His caddie, Michael Greller, isn't doing half bad either!

Assuming Spieth is following the standard pay structure for his caddie, Greller has already made over $860,000 this year. 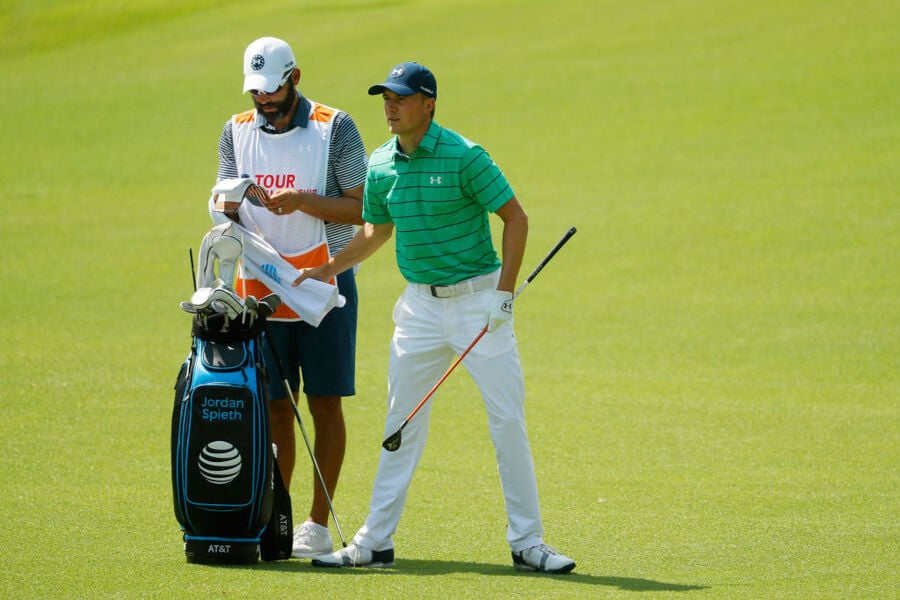 Traditionally caddies get a five percent of the prize money if their golfer just makes the cut. Finish in the top ten and it goes up to seven percent, and for a win he gets ten percent. With as well as Spieth has played this season that would come out to $866,534.

If he was a player on the tour instead of a caddie he would be No. 93 on the tour money list ahead of 159 golfers including some notable ones like Lee Westwood, Retief Goosen, ViJay Singh, Stewart Cink, and Ernie Els.

Should Spieth win the British Open this weekend Greller's earnings will clear $1 million (ten percent of $1.8 million would mean $180,000 for Greller putting his total at $1.04 million).

So basically he will make more than he ever would at his old job which he left in 2013 to become a fulltime caddie for Spieth. Before he began carrying around golf clubs for a living, reading greens, and giving advice to one of the best up and coming golfers in the world he taught math for sixth graders at Narrows View Intermediate School in Washington.

So kids—if you can't swing the clubs real well that's okay. You can still make a heck of a living on the golf course.