His collapse at this year's Masters notwithstanding, life has been pretty good for Jordan Spieth. Since becoming a professional golfer, he's won nine events and two Majors, including the 2015 Masters and U.S. Open. He's also become one of the faces of his sport, and by all accounts is a humble, generous human being.

All of that success adds up to a net worth of $40 million. Not bad for a guy who hasn't yet turned 23!

Of course, while Spieth is enjoying his successes, the company that sponsors him is smiling proudly, too. Much like they did with Steph Curry, Under Armour snatched up Spieth well before he was a household name. For that, they can thank… former New York Giants long snapper Ryan Kuehl?!

Not only that, but Kuehl has also been responsible for helping Under Armour recruit several other athletes to its roster.

Kuehl, who won a Super Bowl with the Giants in 2007, currently serves as Under Armour's vice president for sports marketing and sponsorships. He met Spieth when the golfer was only 19 years old and was still playing as an amateur. 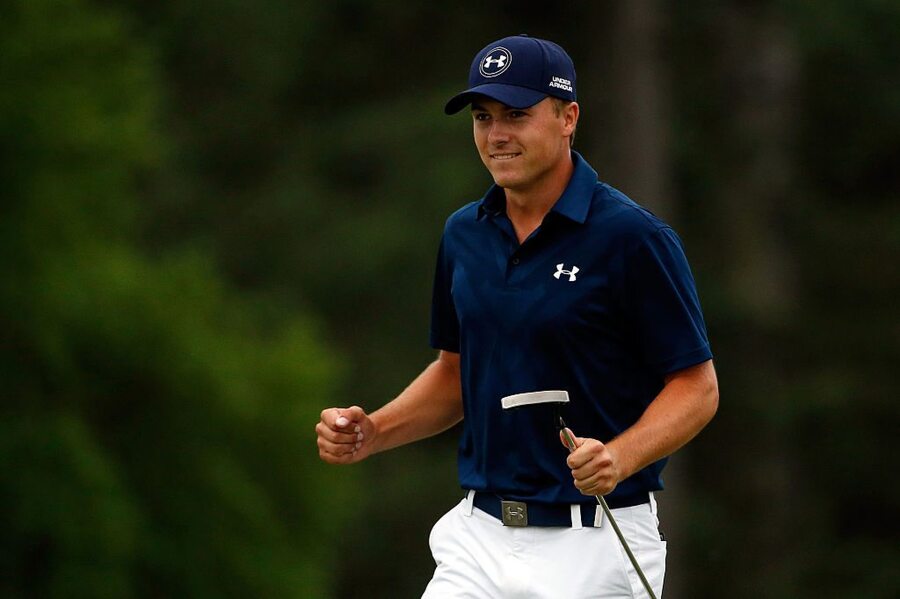 Though the golfer had seen some success in the amateur rankings, what really impressed Kuehl was Spieth's demeanor. Kuehl said that he knew right away that Spieth had a suitable mentality to be the face of the sport, and was impressed by "how he looked at people, how he looked them in the eye, how he treated people" despite his amateur status.

Particularly in golf and other individual sports, there can be a lot of pressure when all eyes are on you. Kuehl felt Spieth "looked like he belonged," and did a lot of "those little things that showed he was pretty self-aware," like chatting with fans, joking with other players, and picking up flag sticks for his caddie.

Even his fellow players can't get enough of Spieth. Phil Mickelson has called him "just a quality individual," and after playing with him, Darren Clarke praised Spieth as "a wonderful young kid" who's "got it all." Rory McIlroy said he was "a hell of a golfer and a great person as well," and apparently is bummed he didn't go on a recent trip to the Bahamas with Spieth and a few other golfers. Though McIlroy was in Barbados with his fiancée Erica Stoll, so don't feel too badly for him.

Under Armour has prided itself on signing athletes before the rest of the world knows about them. Fans and fellow golfers alike prove that Spieth is no exception. And Kuehl was on top of the ball in signing him. The only question now, is how much additional money and prestige Spieth can bring the company. In the meantime, Kuehl will keep looking for the next big thing.