To say Jordan Poole's offseason has been less than ideal would be an understatement. Poole, who had a breakout season last year and won a championship with the Golden State Warriors, got into an argument with his teammate Draymond Green during a practice session. As the two jawed back and forth, Green approached Poole and sucker-punched him in the face.

The Warriors initially tried to downplay the incident. Head coach Steve Kerr expressed disappointment about the leak, then later clarified that he also thought the punch was bad. NBA fans may remember Kerr was on the receiving end of a teammate punch courtesy of one Michael Jordan. Eventually, the Warriors fined Green and he took some time away from the team.

Green has recently rejoined the Warriors, just in time to see Poole get a shiny new contract extension. 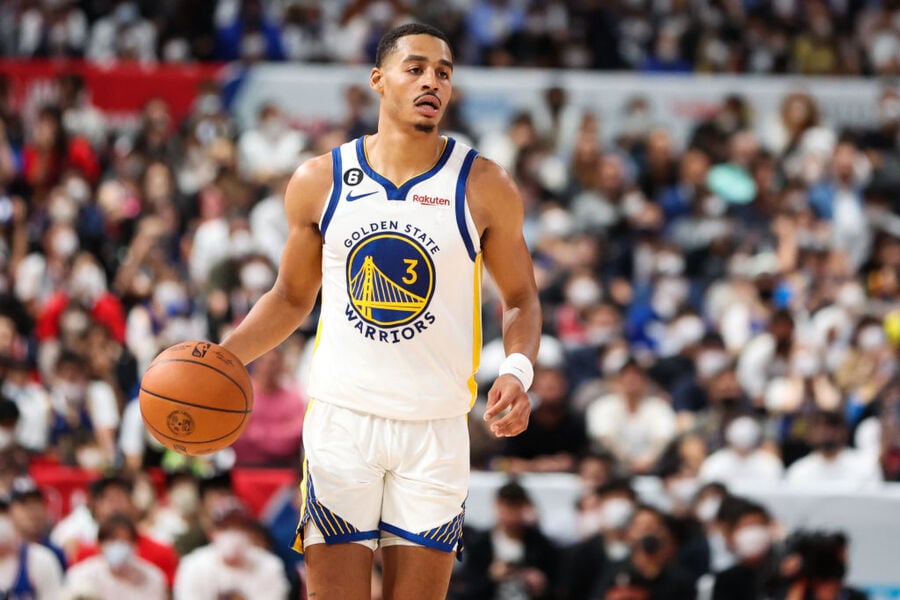 ESPN's Adrian Wojnarowski reported Poole is signing a four-year, $140 million deal to stay in the Bay Area. It's quite the upgrade; in his first three seasons, Poole made a little more than $6.1 million. Now, he's going from about $2 million to $35 million per season.

As the media buzzed in the aftermath of Green's punch, speculation grew that Poole's looming contract extension was a significant factor. After all, Green will be a free agent next offseason and believes he should receive a max contract, but the Warriors haven't committed long-term. Green said he doesn't want to dwell on his contract and also downplayed the idea the punch was over money.

"I don't count other people's pockets," Green said. "That's not something I would ever start doing. The way I was raised, that is simply hating on another man's situation, and that's something that you just don't do."

Green may be telling the truth, though it's a tense situation for him either way. Even without Poole's big extension, the Warriors are essentially telling Green he needs to prove himself this season before they're willing to put up big money. That's bound to weigh on someone. However, if Green can put together a strong season, he just might get that max deal after all — either from Golden State or another team.