After the Oakland Raiders fired Jack Del Rio, it seemed like only a matter of time until the team would hire Jon Gruden. Gruden served as Raiders head coach from 1998 to 2001 but has often been linked to rumors around the team.

And now, he's likely going to make more money than any other NFL coach.

According to ESPN's Adam Schefter, the total value of Gruden's deal "will be the richest deal that any coach has, by a landslide."

Schefter said the possibility of Gruden receiving an ownership stake, as early reports suggested, is unlikely. However, Schefter added that Gruden's will be "a lengthy contract, very lucrative," and believes that the deal is so good that Gruden won't be able to turn it down. 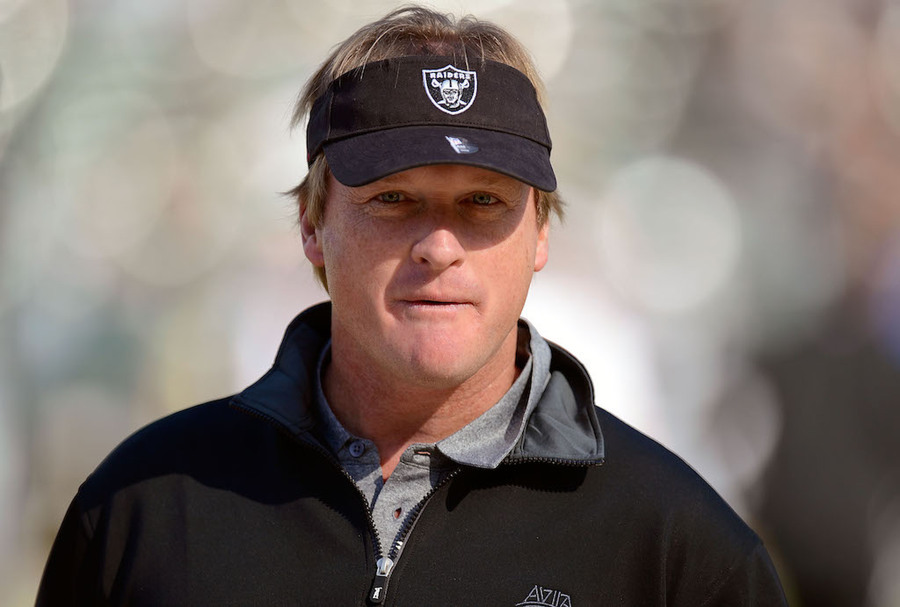 Not all contracts for coaches are public, but Bill Belichick is believed to be among the highest-paid in the league. He makes $7-9 million per year.

Could Gruden actually receive an ownership stake? It'd be an unprecedented occurrence and one that other NFL owners would have to approve. It would open up a huge can of worms since future coaching hires would expect ownership clauses. There would also be some awkward tension if the Raiders decided to fire Gruden…would he need to approve his own firing?

In addition to Schefter's reports, Ian Rapoport of the NFL Network has said Gruden is waiting to accept the Raiders offer until after the team interviews minority candidates to comply with the NFL's "Rooney Rule." Gruden has already selected Paul Guenther to be his defensive coordinator, per Rapoport.

There's also the matter of Gruden's ESPN contract. He still has to broadcast one more game on Saturday during Wild Card Weekend.

After that game, though, all signs point to the Raiders officially announcing Gruden's hiring. And perhaps then we'll know just how much he'll earn.