Jon Gruden Resigned From The Raiders…Now What Happens To His Contract?

Jon Gruden resigned as coach of the Las Vegas Raiders on Monday night. His resignation came after a series of emails he sent between 2011 and 2018 became public. In those emails, Gruden used racist, homophobic, and misogynistic language in describing others, including NFL Players Association executive director DeMaurice Smith. The Raiders confirmed his resignation via Twitter.

Gruden re-joined the Raiders in 2018, having previously coached the team from 1998 to 2001. He was brought on to return the team to relevance, led by a rising star in Derek Carr, and to help with the team's move to Las Vegas.

The Raiders plucked Gruden away from Monday Night Football on ESPN, offering him a huge contract to coach the team. In fact, Gruden received the largest contract in NFL history: a ten-year, $100 million deal.

So, what happens now that Gruden is no longer coach of the Raiders, less than four years into that ten-year deal? 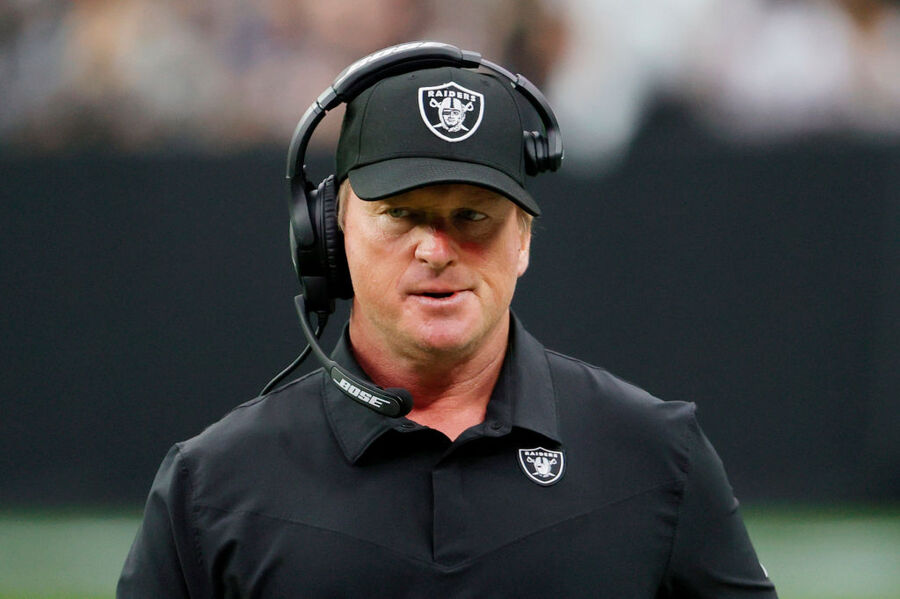 The Athletic's Tashan Reed originally stated Gruden would forfeit the remaining $60 million left on his contract. However, USA Today reported the team and former coach are working out a package and that the situation was "unresolved."

It looks like Gruden will receive at least a bit of money as a result of resigning, but it certainly won't be the $60 million he stood to gain had he finished the entire contract.

In terms of annual salary, Gruden was the third-highest-paid coach in the NFL. Only New England's Bill Belicheck ($12.5 million) and Seattle's Pete Carroll ($11 million) will earn more this year.

Though it's pretty much irrelevant now, Gruden's deal also included a no-trade clause. During his first go-round with the Raiders, the team traded him to the Tampa Bay Buccaneers in 2001. Gruden signed a five-year, $17.5 million deal with the Bucs, and the Raiders received $8 million in cash, two first-round picks, and two second-round picks in exchange. The following season, the Buccaneers defeated the Raiders in Super Bowl XXXVII.

This time, Gruden is leaving the Raiders under even more tumultuous circumstances. And there's not another coaching job waiting for him on the other side.