It's been a rough year for Johnny Manziel. He was benched multiple times by the Cleveland Browns – of all teams. And his inconsistent performance on the field was hampered by multiple off-field issues, including lying to team officials, posting videos of him partying, missing a concussion test and heading to Las Vegas while donning a blonde wig. Not exactly the most professional way to handle himself.

And now, he's been dumped by his marketing agency, LRMR. That agency just so happens to be the one run by LeBron James.

For their part, LRMR says this move had been planned for a while. The agency is going to transition into managing James' broader business deals, instead of just his endorsements. Eventually, that would have meant letting go of Manziel, but his recent, mysterious, disguise-laden trip to wherever, and that he didn't report for a team-mandated concussion protocol meeting, instead going to Las Vegas (where he reportedly used a blonde wig, fake mustache and glasses, while using the alias Billy) sped things up, and LRMR decided now was the right time to say goodbye. 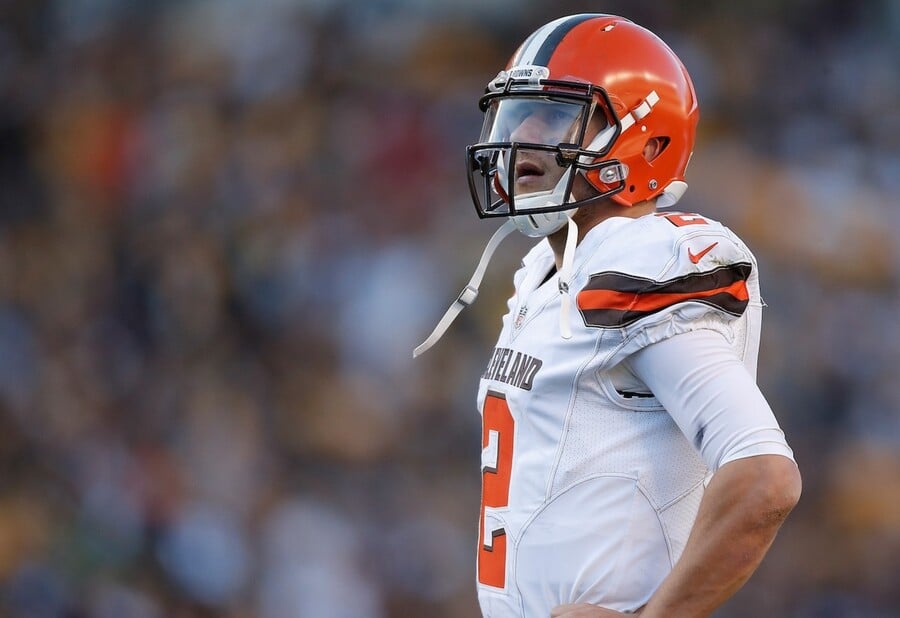 Manziel had been with LRMR since 2014, signing after graduating from Texas A&M. The quarterback signed endorsement agreements with Nike, Snickers and MusclePharm, and had guest spots in McDonald's and Nissan commercials.

Manziel spent 10 weeks in a Philadelphia rehab facility last year. He was a guest of James and Carter during the Cavs' playoff opener. And in 2014, when Manziel was in a quarterback controversy with Brian Hoyer, LeBron publicly expressed his support for the former Heisman Winner.

James and Carter started LRMR in 2006, alongside Randy Mims and James' agent Rich Paul. The original goal was to manage all of the sponsorship offers placed in front of the perennial All-Star. Remember, LeBron was majorly recruited by brands while he was still in high school. He clearly is no stranger to sponsors.

But as James continues to make his mark on the NBA, LRMR has shifted gears. The agency now focues on his expanded equity stake in Blaze Pizza, his online publishing platform Uninterrupted, his media production company SpringHill Entertainment, and his lifetime endorsement partnership with Nike.

For now, Manziel is still a member of the Browns. Though with all of his off the field antics, he and LeBron might not be in the same city for long.