This summer, Washington Wizards guard John Wall signed a four-year supermax extension worth $170 million. It kicks off in 2019 and will keep him in town through the 2023 season.

Wall knows that's a ton of money; in a recent interview, he said his "kids' kids' kids should be fine." Financially, his family is set for generations.

But a bigger reason why Wall is sticking with the Wizards? Loyalty. Wall is quite at home in Washington, D.C., and wanted to reward the franchise for building a solid core of players around him.

He means it when he hops on the scorer's table and says "this is my city!" And he has a unique bond with D.C., as it's where his late father played ball. Wall took his time signing an extension with the Wizards, but it was largely a result of not being in a rush to go anywhere else. Wall knew where his heart belongs. 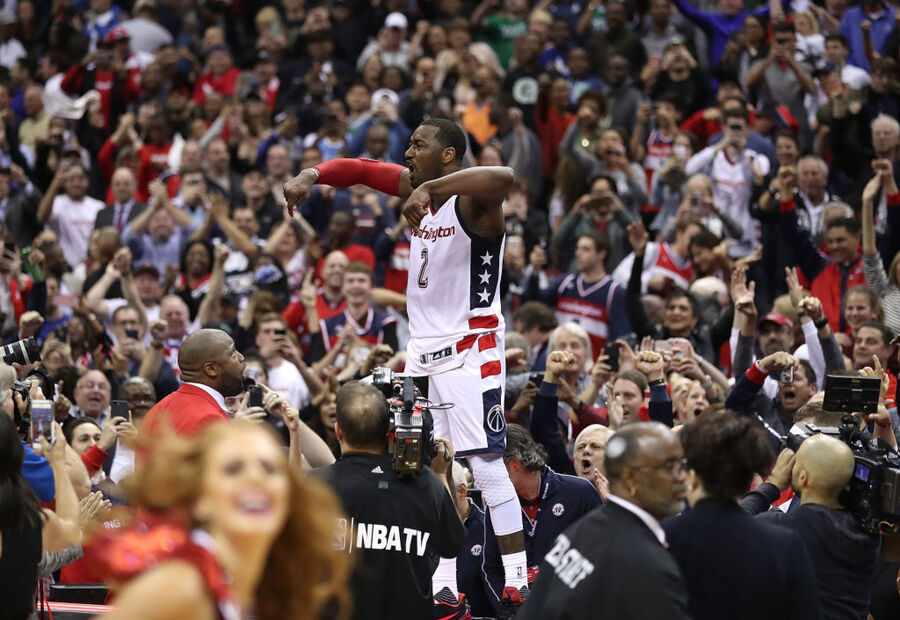 The Wizards have shown the same loyalty to Wall. They made him the face of the franchise as a rookie. They gave him a max extension before he had ever made an All-Star game or playoff appearance. And they make sure he's always the main foundation of their plans.

As a result, Wall, the No. 1 pick in the 2010 NBA Draft, is the only player from his class still with his original team.

"My ultimate goal is to try to be one of those guys that play my whole career with one team," Wall said. For now, he'll have to be content with a huge paycheck and a team with championship aspirations.