It's good to be an NBA player. You get to do something you love every night, with millions of adoring fans rooting for your success (and sometimes failure, but that makes it all the sweeter when you quiet them down). You can partner with some of your favorite brands and create content across television, digital, and social properties. And you can make a ton of money doing it along the way.

One of the best examples of that last sentence is John Wall. The veteran point guard just picked up his player option worth $47.3 million, though the Houston Rockets are planning to buy out Wall's contract, so he'll have to return $6.5 million of his salary. Still, $40.8 million is nothing to sneeze at, especially when added to the roughly $232.5 million Wall has earned throughout his NBA career so far.

Perhaps the most spectacular part? Wall has only played in 40 games since the 2018-19 season ended. Yet he's earned $164,631,520 in that timeframe — more than $4 million for every game he's actually suited up for. Let's see how he's managed to pull that off. 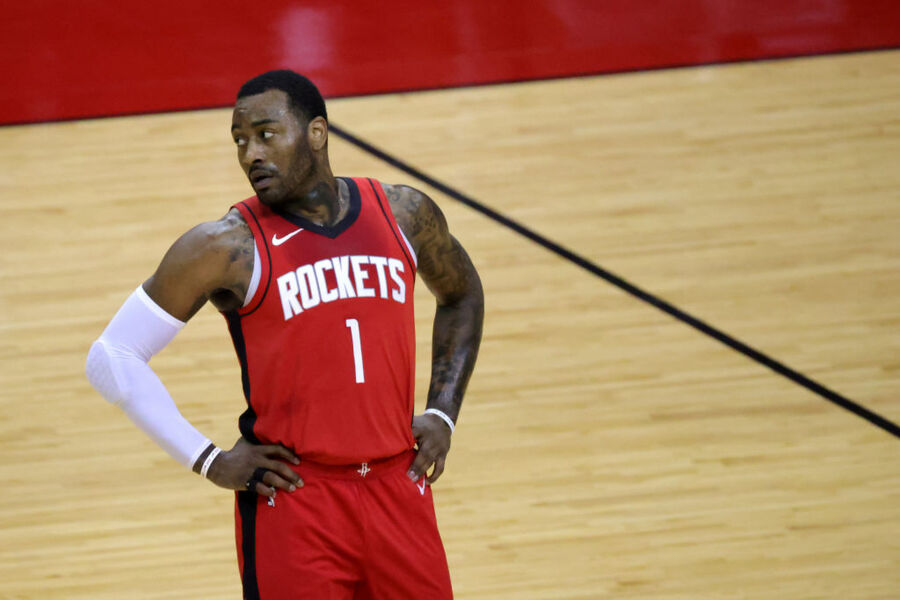 Back in 2017, Wall was among the best point guards in the NBA. He was quick, powerful, and a solid scorer and playmaker. The Washington Wizards had just come off their best playoff performance in the Wall era, pushing the top-seeded Boston Celtics to seven games in the Eastern Conference semifinals. Wall and Bradley Beal seemed like the long-term solution for Washington's backcourt, and the team rewarded Wall with a four-year, $170 million extension. That extension would begin in 2019 — and that's also when Wall's injury troubles got significantly worse.

On December 29, 2018, the Wizards announced Wall would miss the rest of the season as he recovered from a heel injury. Wall underwent surgery in January 2019, but the incision got infected, delaying his recovery. To complicate matters, Wall slipped and fell in his home, rupturing his Achilles tendon.

Wall missed the whole calendar year of 2019 and the entire 2019-20 season while rehabbing both of those injuries. In December 2020, the Wizards traded Wall to the Rockets. He played in 40 games for the Rockets during the 2020-21 season, showing glimpses of his old self. However, the team is in the midst of a rebuild and wants to develop young guards Kevin Porter Jr. and Jalen Green. So, for this past season, the Rockets and Wall agreed that he would sit out the entire year so the other guards could get more playing time. In other words, Wall was being paid to not play.

Add those previous seasons with this buyout and Wall has made about $164.6 million over the past three seasons, despite suiting up for only 40 games. And he played none of those games for the Wizards — the team who gave him the massive contract.

After the buyout, Wall will look to join a potential championship contender, most likely the Los Angeles Clippers. He'll have to take a much smaller salary and he'll come off the bench, but it's an opportunity to play again. He's already earned hundreds of millions of dollars — now he's trying to get a ring.