18 Years Ago, John Elway Could Have Bought 20% Of The Broncos For $36M. He Passed, And Missed Out On A FORTUNE

In September 1998, fresh off the Broncos' first-ever Super Bowl victory and on track to have a second one, team owner Pat Bowlen made the then-quarterback John Elway an offer he couldn't refuse. Or, shouldn't refuse? Wouldn't dare to refuse?

Bowlen gave Elway the opportunity to invest $15 million for a 10 percent stake in the team. In addition, he would be allowed to invest the deferred salary of $21 million that the team still owed him in exchange for an additional 10 percent of the team, for a total of 20 percent. But that's not all.

If Elway got cold feet, he would be allowed to sell his stake in the team back for a $5 million profit plus 8 percent interest for each year he owned part of the team. In other words, there was zero-risk (and guaranteed incentive) in his investment.

Finally, if Pat Bowlen ever sold the team to someone outside his family, Elway would be given right of first refusal to purchase as much of the team as he wished.

Basically, this was any investor's dream come true. 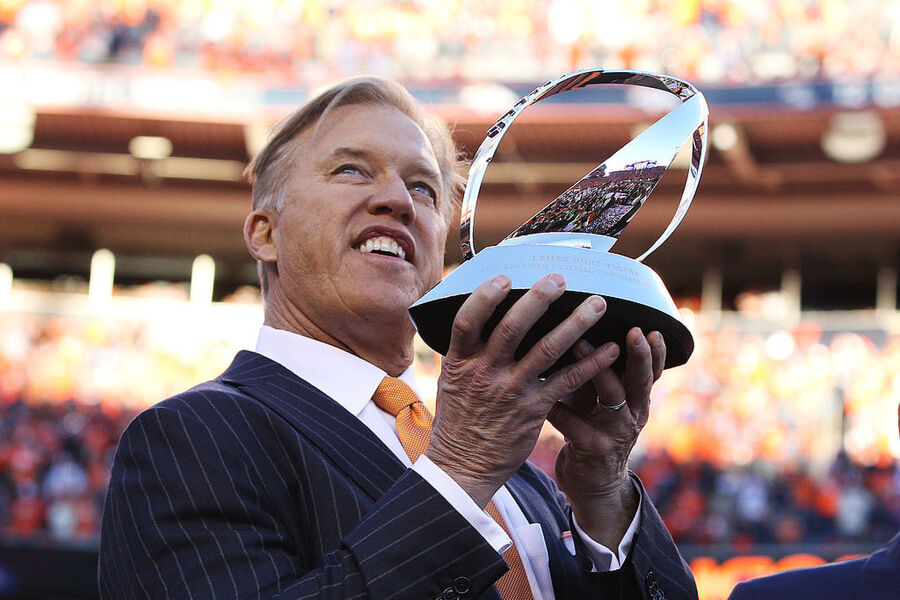 Even then, Elway was indeed a passionate investor. He owned a string of car dealerships which he sold in 1997 for $82.5 million, the largest deal any NFL star had ever made outside of football. With his obvious investment prowess, you would think Bowlen's offer would be a no-brainer, right? Wrong.

Even with nine months to make a decision, Elway allowed the offer to expire in June 1999, soon after retiring. The Broncos did not make the offer again.

Currently, Elway acts as the General Manager and the Executive Vice President of Football Operations for the Broncos. His contract was extended back in 2014, and pays him around $3 million each year. So he's doing alright for himself, but he could have been doing oh-so-much better.

Today the Broncos are worth an estimated $2.4 billion. That means, if Elway had purchased 20 percent of the team back in 1999 for $36 million, it would now be worth $480 million.

FYI, that's over 13 times what he would have paid in! Add to that, the fact that Pat Bowlen's health concerns make the sale of the team a possibility within the next few years, and suddenly Elway looks like a real fool.

And that's not the end of Elway's sad investment saga. Instead of taking a 10 percent stake in the Broncos, Elway teamed up with investment partner Mitch Pierce to invest $15 million (the same amount required to own a piece of the Broncos) in Sean Mueller's company. This company ended up being a Ponzi scheme, and Elway lost over $7 million on his investment.

He also went together with Stan Kroenke and Bowlen to found the Colorado Crush, an Arena Football League team. Six years later, in 2009, the entire league went under.

In addition, Elway lost a significant amount of money in MVP.com, which went under in 2000; Hispanic media organization Quepasa, whose stock dropped from $27 to $1 in under two years; and Laundromax, a laundromat franchise, which failed to take off.

If only he had taken all of that money and invested it in the Denver Broncos when he had the chance, John Elway would be well on his way to becoming a billionaire. Chances are, he'll never see such a grand opportunity again.