John Calipari Wants HOW MUCH Money To Return To The NBA???!!!

There's no doubt Kentucky head coach, John Calipari, is a skilled college coach. In the past five years alone, he's led the Wildcats to two NCAA Championship games, winning one, and has also made it to two other Final Fours. Over his 24-year career at Massachusetts, Memphis and Kentucky, he's amassed a 78% winning percentage.

He won 10 games his first season and 17 his second. Since then, he's never won fewer than 20 games in a season, and has reached the 30-win mark in nine of those seasons. Simply put, he's very good at recruiting and coaching at the college level.

His NBA career, though, was less than stellar. He spent three seasons as the head coach of the New Jersey Nets in the late 90s, amassing two losing seasons en route to a 72-112 record. He also served as an assistant coach of the Philadelphia 76ers, but returned to the collegiate ranks early this century, where he's remained ever since.

The Brooklyn Nets, meanwhile, have been a mess over the past decade. Owner Mikhail Prokhorov has spent lavishly, dishing out more than $123.2 million in luxury tax payments. But his wild spending habits haven't yielded any results, other than a few early post-season flameouts. Worst of all, Prokhorov has mostly been an absentee owner, shockingly out of touch with his players and fans. Because of that, CEO Brett Yormark believes a return to glory lies in one person. Specifically, Calipari. 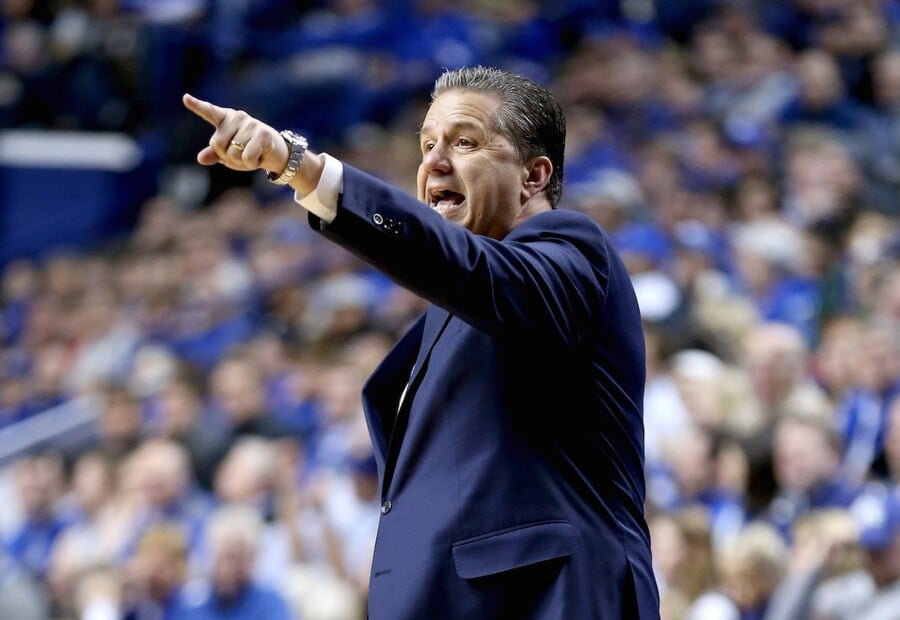 What would it take for Calipari to return to the pros? A whopping $120 million over 10 years. He turned down a 10-year, $80 million offer from the Cavs in 2014; the raise in salary was so minimal to what Calipari was making, he didn't think it was worth the jump to the pros. He now makes between $8 and $9 million annually at Kentucky.

Both the Nets and Sacramento Kings have expressed interest in signing Calipari. But is $120 million too much? What would Calipari bring that a current coach couldn't?

His biggest selling point is his relationship with his former players. Some of the biggest stars in the NBA currently are Kentucky products. Anthony Davis is locked up for the long haul, but DeMarcus Cousins and John Wall will be free agents within the next four years. Coach Cal still maintains excellent contact with them, and could ensure they end up on his team.

However, there are some close to the coach that think his abrasive style of coaching won't sit well with players. In college, you're playing at most about 40 games a year. The NBA is more than twice that–would players get sick of Calipari treating them more like teenagers than men?

Calipari has flirted with a return to the pros in the past. But this time could be different–he was enshrined in the Naismith Basketball Hall of Fame in September. His legacy will live on forever in Springfield, so he can afford a few losing seasons should he return to the NBA and try to rebuild a struggling franchise.

It comes down to Brooklyn and Sacramento for Calipari. The Kings' roster is in better shape, but the Nets can likely offer both a GM and coaching position, as well as the allure of a big city. And as we've seen in the past, Prokhorov certainly isn't shy about throwing money around. The question is, will it be enough to yank Calipari away from one of the most prestigious programs in college basketball?