Joel Embiid Could Be Making Close To $36 Million A Year… Are The 76ers Crazy Or Geniuses?

Sixers big man Joel Embiid just inked a five-year, $148 million contract extension. If he reaches certain criteria, the deal could be worth $178 million.

It's a bold move from the 76ers. Embiid is entering his fourth season in the league, so he's still young, but the start of his career has been rough. While he's been great on the court and a fan favorite off of it, he's only played in 31 out of a possible 246 games. The Sixers are trying to account for that with this contract, which will save the team an undisclosed amount of money in "salary cap protection" should Embiid suffer a long-lasting injury.

That's certainly in the realm of possibility. Embiid missed his first two NBA seasons entirely with lingering foot injuries, then dominated at the start of last season, averaging 20 points, 8 rebounds, and 2.5 blocks per game. He was even in the Rookie of the Year discussion before suffering a torn meniscus and sitting out the final 51 games of the year.

Perhaps most importantly, Embiid made the Sixers a competitive squad when he was on the court, something they haven't been in a long time. 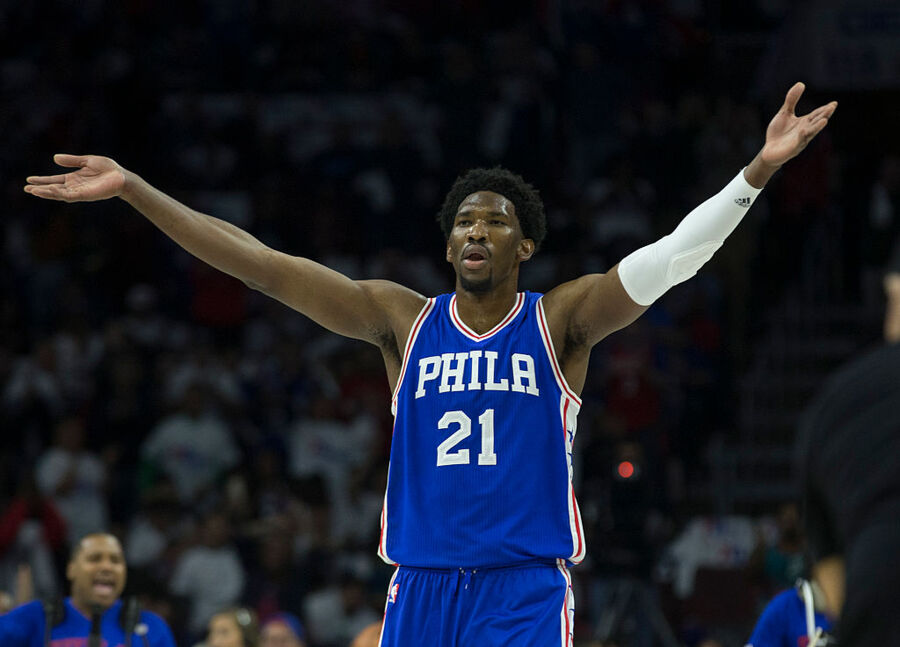 In a way, the Sixers almost had to lock Embiid up. The Eastern Conference is incredibly weak, and this offseason saw several star players move out west, disrupting the balance even further. If Embiid can play in just 50 games – or 61 percent of the season – the Sixers have a strong chance of making the playoffs.

Of course, that's also nearly 20 games more than he's ever played in a season. If Embiid remains riddled with injuries, the Sixers just inked a ridiculously expensive contract for a bench warmer.

We can better judge this contract a few years from now. But along with Ben Simmons, Markelle Fultz, and Jahlil Okafor, a healthy Embiid will make for an incredibly entertaining Sixers team.