Joe Flacco has never been one of the top quarterbacks in the league, yet he's made an impressive career for himself. The 35-year-old started for the Baltimore Ravens for nearly a decade, leading the team to a Super Bowl victory during the 2012 season. Flacco was also named MVP of that Super Bowl, earning himself a hefty contract.

Flacco is on the downswing of his career, but he's still earning a ton of money. And a lot of it will come from his former team.

Flacco signed a one-year deal with the New York Jets this offseason. The contract is worth a guaranteed $1.5 million and could reach up to $4.5 million if Flacco hits certain incentives.

But Flacco will actually earn at least $15.1 million during the 2020 season. The Denver Broncos owe him $13.6 million despite cutting ties earlier this year. That means the Broncos are paying more than 90 percent of Flacco's 2020 money. 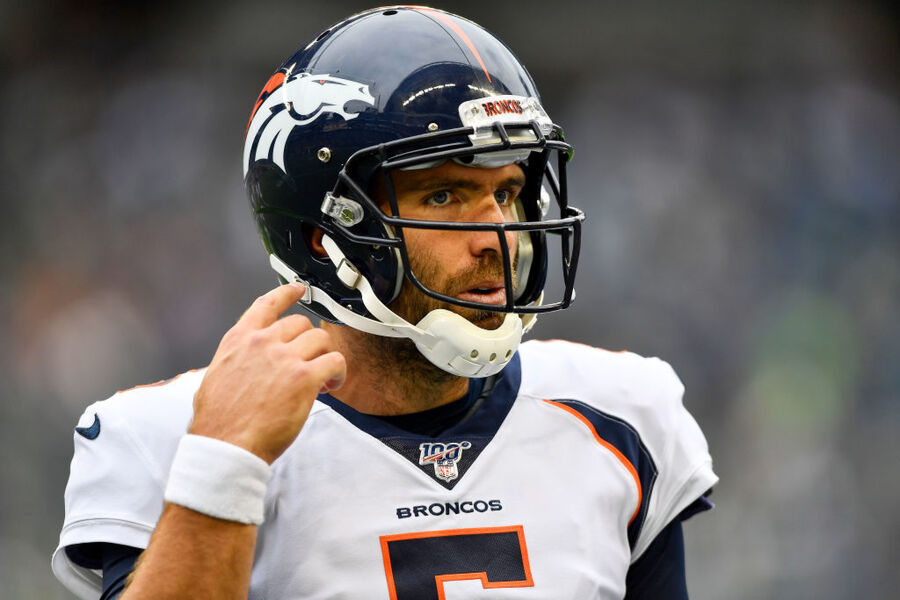 Even though it looks bad, the move is actually a positive for Denver, who restructured Flacco's contract just before last season started. They'll still have to pay Flacco what he's due, but they'll get some salary cap relief in the process.

And Denver can take solace in the fact that they're not the only team to owe Flacco money despite him not being on the roster. The Ravens went through the same thing last season.

In fact, the Ravens owed Flacco even more money than the Broncos did after they cut him. His last game as a Raven was in 2018, but Baltimore still had to pay their former quarterback $16 million last year.

For his career, Flacco has made $166.3 million. It's an impressive total, particularly when you dive into his numbers. He's never thrown for more than 27 touchdowns in a single season, and has only topped 4,000 yards once. This is despite playing every game in nine of his first ten seasons in the league.

Flacco's never made the Pro Bowl, either, but he's shown a pedigree for winning. He has a 10-5 career record in the playoffs, including an NFL-record seven road postseason wins.

He's not likely to start in New York, though he could see the field if Sam Darnold gets hurt.

There's good news for Flacco, though. Even if he doesn't play a single snap all year, he'll still make nearly $1 million per game. That's a great deal for anyone, but especially for someone nearing the end of his career.