Joe Flacco won the Super Bowl with the Baltimore Ravens in 2013 and holds several franchise records, including most passing yards, touchdowns, and wins. But after he got hurt in 2018, Lamar Jackson took over and never looked back. All of a sudden, Flacco didn't have a role with the Ravens, and the team traded him to the Denver Broncos.

However, Flacco didn't see much success in Denver. Though he finished the year with a career-high in completion percentage (65.3 percent), he threw for only 1,822 yards, six touchdowns, and five interceptions. After eight games, a neck injury ended his season. Drew Lock took over as the starter for the final half of the year.

Flacco's Denver tenure will likely end the same way his Baltimore one did: on the bench while a younger quarterback gets the chance to shine. It looks like the Broncos are focusing on Lock as the future. And it's going to cost them dearly. 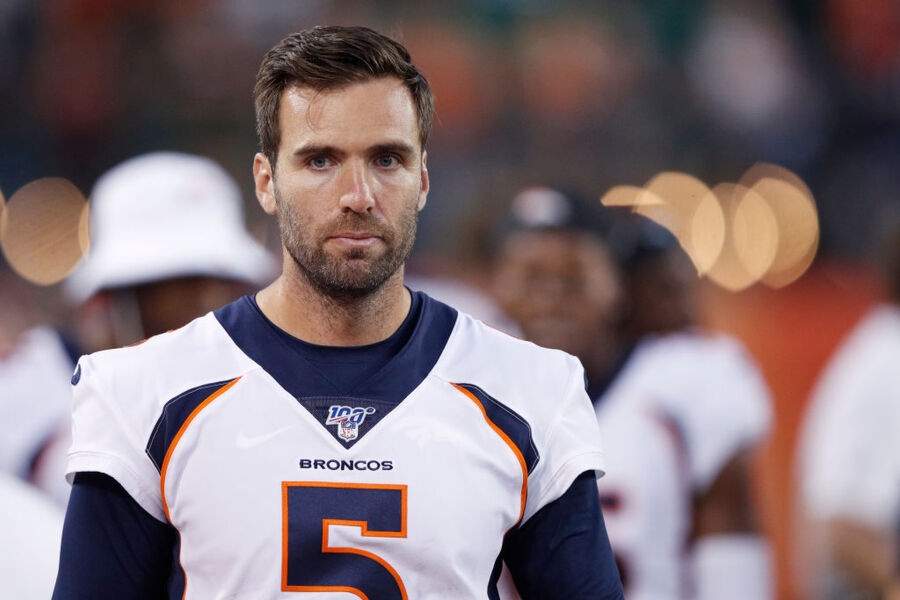 ESPN's Bill Barnwell posted an interesting tweet back in September, noting that his colleague Jeff Legwold reported the Ravens restructured Flacco's deal before the season started:

Before, Broncos wouldn't have owed any dead money if they cut Flacco after one season. Now, they would owe $13.6 million.

The Broncos converted $17 million of Flacco's salary to a bonus so they could save cap space this past season. But now, he's likely going to be dead money.

Flacco's future is unclear at the moment. He just turned 35, so he's already at the tail end of his career. If the Broncos release him, he may sign on with another team, but it would likely be as a backup.

It's possible Drew Lock turns into a great quarterback and the Broncos come out of this alright. Either way, paying $30.6 million for half of a disappointing season is a lot to swallow.