Joe Flacco Is Sitting On The Bench, But The Ravens Still Owe Him $63 Million

Joe Flacco started the first nine games for the Baltimore Ravens this season, but an injury forced him out of the lineup. As far as the Ravens planned, rookie Lamar Jackson would start a few games at quarterback, and Flacco would reclaim his spot in the starting lineup. As it turns out, Jackson has done a pretty darn good job as the Ravens' signal-caller. Since taking over, the team has only lost one game.

In fact, Jackson has played so well that even though Flacco is now healthy, Jackson remains the starter. That may be a costly decision for the Ravens, who still owe $63 million to a guy that's now effectively a backup. 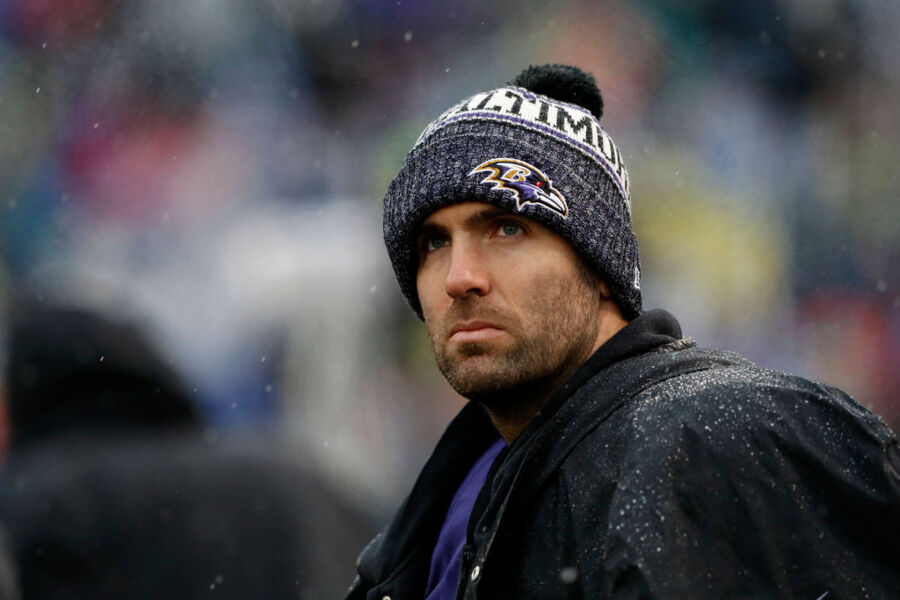 Since then, Baltimore hasn't found the same level of success. But Flacco's still making his money. And now, he's got about half of his salary still remaining over the next few years ($12 million this year), though not all of that is guaranteed.

With Jackson's style of play, he takes more hits over the course of the game than most quarterbacks. Flacco is just one injury away from regaining the starting job. He could also supplant Jackson as the starter if the rookie struggles in the next few games.

But for now, the Ravens are in the thick of the playoff race. That's something they couldn't say six weeks ago when Flacco went down. As a result, their highly paid quarterback will likely remain on the bench.