Jimmy Garoppolo Is Now A San Francisco 49er… How Much Did He Make While With The New England Patriots?

The Patriots traded longtime backup quarterback Jimmy Garoppolo to the San Francisco 49ers for a 2018 second-round draft pick. The Niners haven't won a game all year, but Garoppolo is thrilled about the deal.

For him, it's a showcase to earn a big contract this off season.

After all, the league still barely knows anything about Garoppolo. As the backup to Tom Brady, Garoppolo has only started two games over three and a half years in the NFL. He's played in just 17 games total and hasn't even seen the field at all this year. 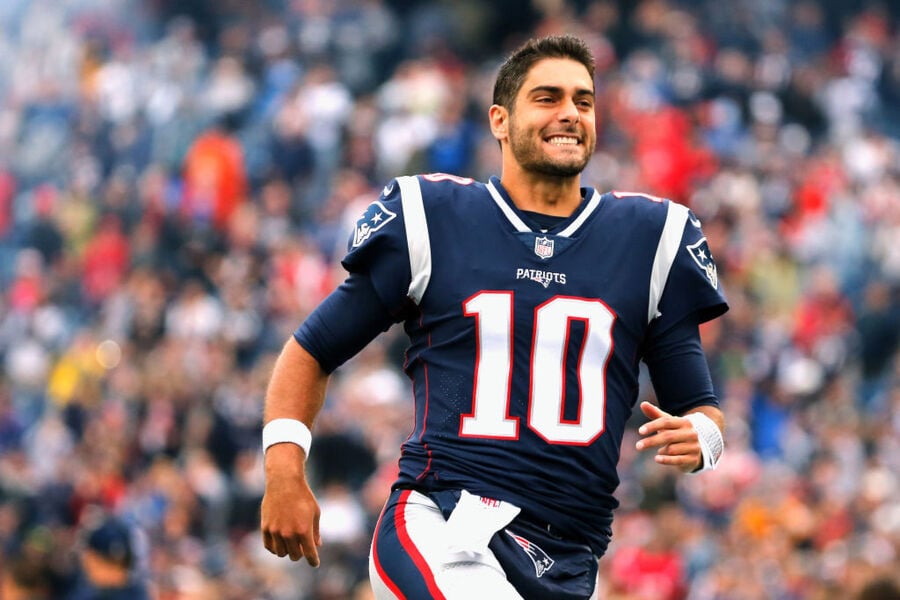 Taking it a step further, each Garoppolo passing touchdown cost the Patriots $609,544. Each completion was worth $48,376. Could you imagine making nearly $50,000 simply for completing a pass?

The Niners are hoping Garoppolo completes several of them. The team believes it's found its franchise quarterback. When Brian Hoyer and C.J. Beathard have been your other options this year, can you really blame the Niners for trading a high pick for Garoppolo?

If Garoppolo can play as well as he did in his two starts last season, he'll make big bucks this summer. Other teams look at the Niners and see a mess. Garoppolo sees an opportunity to sign his first huge contract.