For The Second Time In His Career, Jimmy Butler Is Betting On Himself… And Once Again, It Could Earn Him Millions Of Extra Dollars

If there's one thing we know, it's that Jimmy Butler believes in himself. The Timberwolves guard once said no to a guaranteed $40 million back when he was still with the Chicago Bulls. At the time, he had only earned $3.2 million total during his first three years in the league, so it was a significant gamble on Butler's part.

It ended up being a great move. Butler played so well that he instead got a five-year, $95 million. Not a bad raise!

And now, it's deja vu all over again.

Butler has turned down a four-year, $100 million extension from the Minnesota Timberwolves. His camp has openly said he believes he can earn more money next offseason. The salary cap is expected to increase from $101.9 million this season to $109 million in 2019-20. 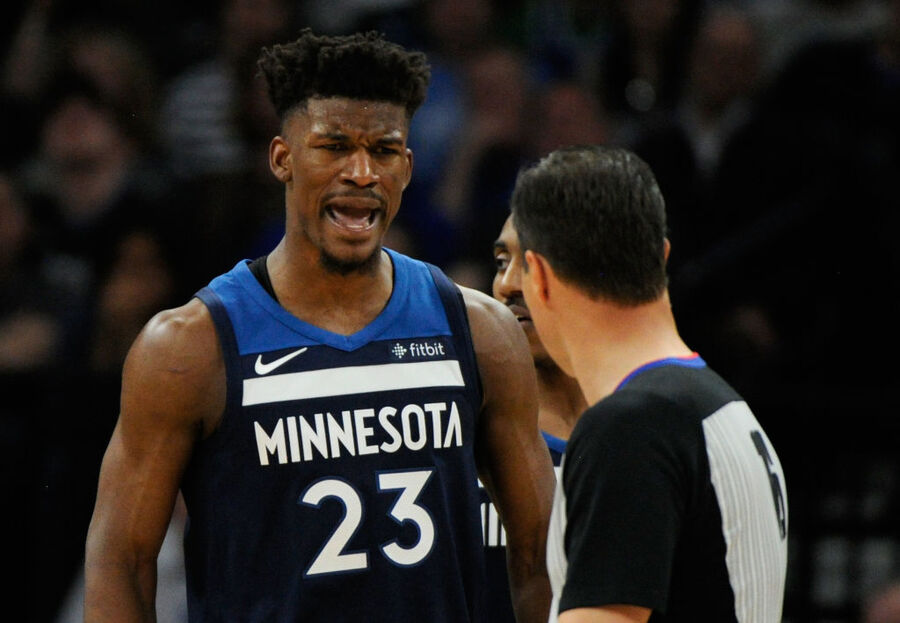 So how much more does Butler stand to make? If he maintains his All-Star level of play, he could opt out of his player option (worth about $19.8 million) in the summer of 2019 and can earn a max of $32.7 million just in the first year of his new deal. That's a $13 million raise.

Of course, where it gets complicated is if Butler leaves the Timberwolves. Minnesota can offer him a five-year, $188 million contract next offseason. Any other team could only offer four years and about $140 million.

Will Butler take more money and years in Minnesota or head somewhere else, perhaps teaming up with another star? Or will he bet on himself one more time and sign a one-year deal so he can take advantage of an even larger salary cap two years from now?

At this rate, nothing would surprise us. Butler is leaving a lot of money on the table right now, but a year from now, we may be once again lauding him as a genius.