Jimbo Fisher left Florida State before the Seminoles' regular season was even over. In his defense, you'd probably also quit your job early if you were offered a record contract elsewhere.

Fisher signed a 10-year deal worth a guaranteed $75 million to become the head coach of the Texas A&M Aggies. The Aggies, who have led the country the past two years in athletic revenue, haven't posted double-digit wins since 2012. Fisher believes he can reverse that trend.

"I definitely do or I wouldn't be here," Fisher said at the school's press conference announcing him as head coach. "We have to get there."

Fisher certainly has a championship pedigree. He led the Seminoles to the national championship in 2013, and the school won three ACC conference titles during his eight years in Tallahassee. 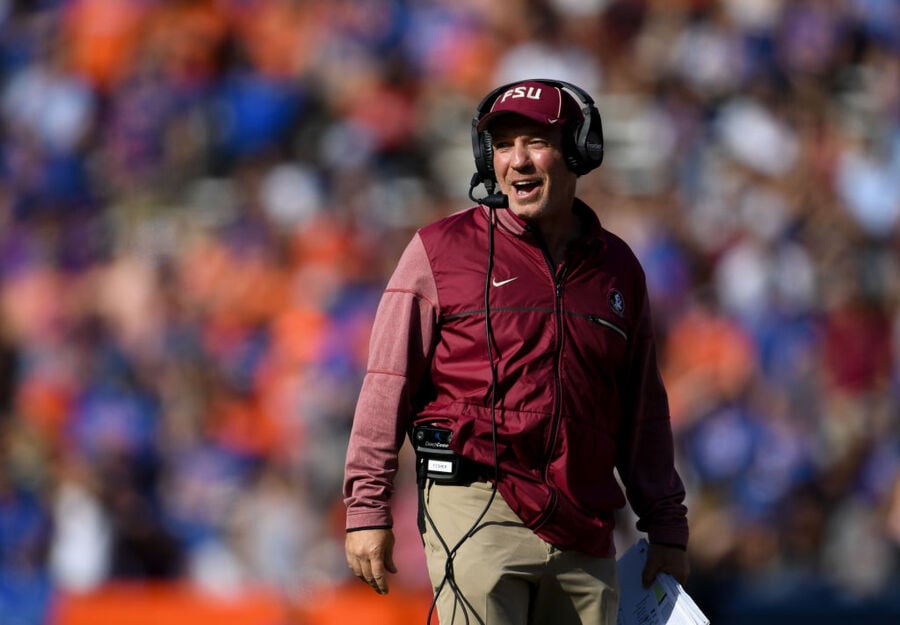 He takes over from former Texas A&M coach Kevin Sumlin, who was fired after a 7-5 record this year. Sumlin spent six seasons in College Station, posting a record of 51-26. The Aggies still owe him $10 million for the remaining two years on his contract.

Meanwhile, Florida State has already found its replacement, announcing the signing of Oregon's Willie Taggart. That deal is a little less lucrative than Fisher's; Taggart will be making an average of $5 million a year over six seasons.

Fisher is just the fourth head coach ever to win an Associated Press national title at one school and then take another college job at his next. He credited his old friend, Texas A&M athletic director Scott Woodward, as the main reason for coming to coach the Aggies. Fisher even went so far as to suggest that he probably wouldn't have left Florida State if Woodward hadn't reached out to Fisher's agent.

And while working for a friend is great, making more money than any coach ever has before is a pretty good incentive, too.