The Michigan Wolverines have returned as one of football's powerhouses this season, and a large part of that is the culture head coach Jim Harbaugh has created within the team.

It also might earn Harbaugh a ton of money.

The coach could potentially reach $10 million this season – unheard of for a public university employee. In fact, during the 2014-15 season, 19 schools reported spending less than $10 million on their entire athletics programs.

Here's how it all breaks down: Harbaugh, in his second year as Michigan coach, will receive $5 million in base compensation. $500,000 of that is his base salary, and the remaining $4.5 million is for everything else that comprises being a college football coach, like television, radio, and public appearances, endorsements and promotional work for the university. 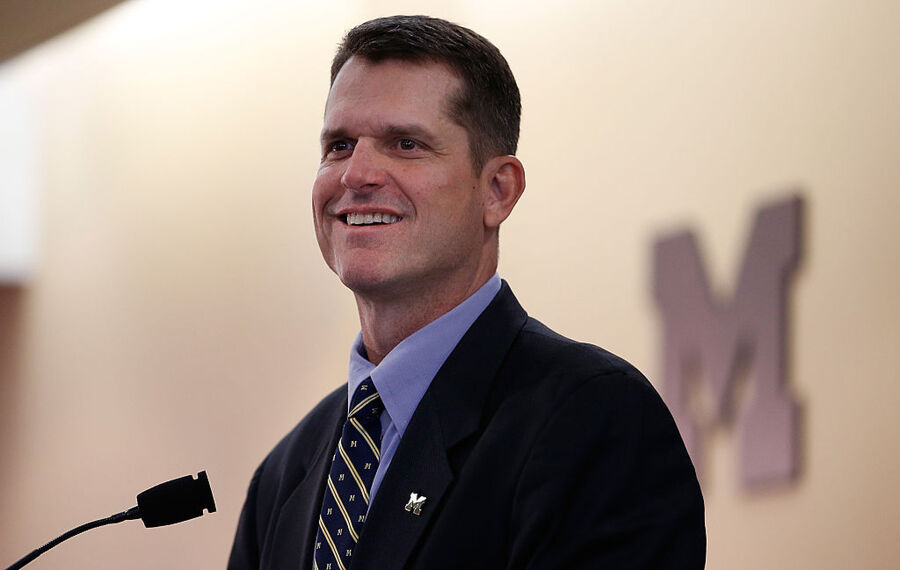 Thanks to a deal Harbaugh and Michigan agreed to this summer, the coach will be making far more than his base compensation. The agreement is a series of $2 million payments as premiums on a life insurance policy that Harbaugh owns. He can withdraw money from that policy at any time, and the university can get its money back in a variety of different scenarios, including when Harbaugh dies.

The first $2 million payment occurred when the deal was agreed upon. As long as Harbaugh remains Michigan's coach, he'll continue to receive $2 million payments every December 6, including this year. It's a safe bet to assume Harbaugh isn't going anywhere in the next month, so he's up to $9 million for his contract year, which runs from January 11, 2016 through January 10, 2017.

Harbaugh can then make an additional $1,275,000 if he reaches several milestones:

-$300,000 for playing in a College Football Playoff semifinal.

-$50,000 for being voted Big Ten coach of the year, an honor his fellow conference coaches vote for.

The final payment is determined by athletic director Warde Manuel, as long as the school's single-year and multi-year NCAA Academic Progress Rate figures are at least 960.

If Michigan keeps on winning, Harbaugh is very likely to rack up these incentives. Even if the Wolverines stumble in a game but manage to lead the East division when the season ends, it's hard to imagine the winner of the Big Ten championship getting left out of the College Football Playoff. Once they're in, anything can happen – including their coach making $10 million in just one year.