Jim Harbaugh Just Got A Huge Raise, But Not In The Way You'd Expect

Love him or hate him, Jim Harbaugh is one of the most recognizable coaches in football. His stern look, khaki pants and the ability to launch a headset when he gets angry are a few of his signature traits, but he's also known for helping turn programs and franchises around, like he did with Stanford and the San Francisco 49ers.

Now, back in the college ranks, Harbaugh's current employer is hoping he can do the same. And they're prepared to reward him handsomely for it.

The Michigan Wolverines are giving Harbaugh a raise, but not directly in a bigger paycheck. No, Michigan is paying more money in the form of its coach's life insurance premiums. All told, the policy is worth at least an additional $35 million more during the duration of his current contract with the school.

Harbaugh will get $5 million for each of the six years remaining on his deal, and Michigan will also give him $4 million as a loan this year, and an additional $2 million the following five years to pay the premium on a life insurance policy. 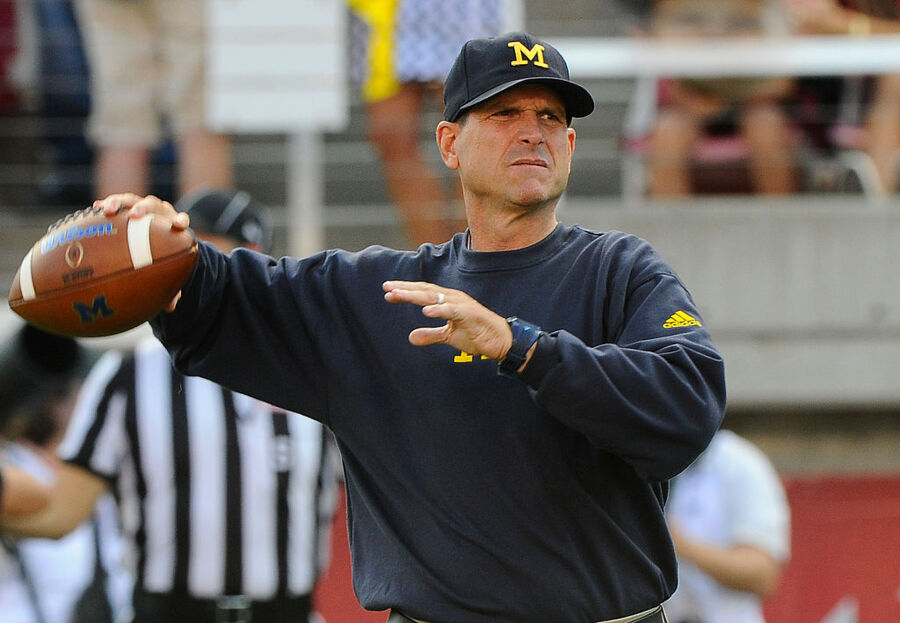 As long as the policy stays active, Harbaugh doesn't have to repay the loan until he dies. When that happens, the university would be able to get its original investment back, and the rest of the insurance payout would go to Harbaugh's beneficiaries, who have not been publicly named. If the insurance policy is stopped at any point, for whatever reason, Michigan could still get its money back from the insurer.

Should Harbaugh die while Michigan is paying for the policy, his heirs would receive, at minimum, 150 percent of the premium that has been paid. The payout would increase by $6 million this year and $3 million each successive year.

Michigan can profit from that 150 percent addendum as well. Harbaugh can borrow against the policy while he's alive, but must keep at least 150 percent of the premium value untouched. That gives the school an extra cushion to make sure it can recoup the full value of its investment.

When Harbaugh first signed his original seven-year contract, there was a clause saying the coach and the school could possibly add extra compensation after his first season in Ann Arbor. The initial discussions started when Jim Hackett was serving as interim athletic director. Hackett, whose previous experience includes serving as CEO of Steelcase Furniture, was used to seeing this kind of deferred compensation in a corporate setting, and brought it to the Wolverines.

Harbaugh's contract is set to expire at the end of 2021. There's a clause in this deal that allows for the two sides to renegotiate in 2019, which will likely result in another raise for the coach. The renegotiation is in place to ensure Harbaugh's salary is still on par with market value. Since coaches aren't likely to take mass salary cuts in the next few years, it'll probably mean more money for Harbaugh.

Harbaugh knows he's taken care of off the field. Though to fully cash in on this policy, it probably wouldn't hurt to win a few games on the gridiron, too.