Jim Harbaugh Has Made Nearly $790,000 Per Win At Michigan

When Jim Harbaugh was hired four years ago, the University of Michigan hoped he'd lead them back into the national spotlight. And Michigan has played well during Harbaugh's tenure, winning 10 games in three of his four seasons. As a result, the school has been ranked in the AP Top 25 in 50 of 59 weeks with Harbaugh at the helm.

But with how much the school is paying Harbaugh, Michigan probably expected at least one playoff appearance. Between his salary and a creative life insurance policy, Harbaugh has earned $30 million from the university, or about $789,474 per win.

Instead, Harbaugh and the Wolverines have produced disappointing numbers in big games.

Despite a 38-14 record overall, Michigan is 1-3 in bowl games since Harbaugh took over. After a win in 2015, the team has lost three straight postseason games, including a 41-15 drubbing against Florida this season. 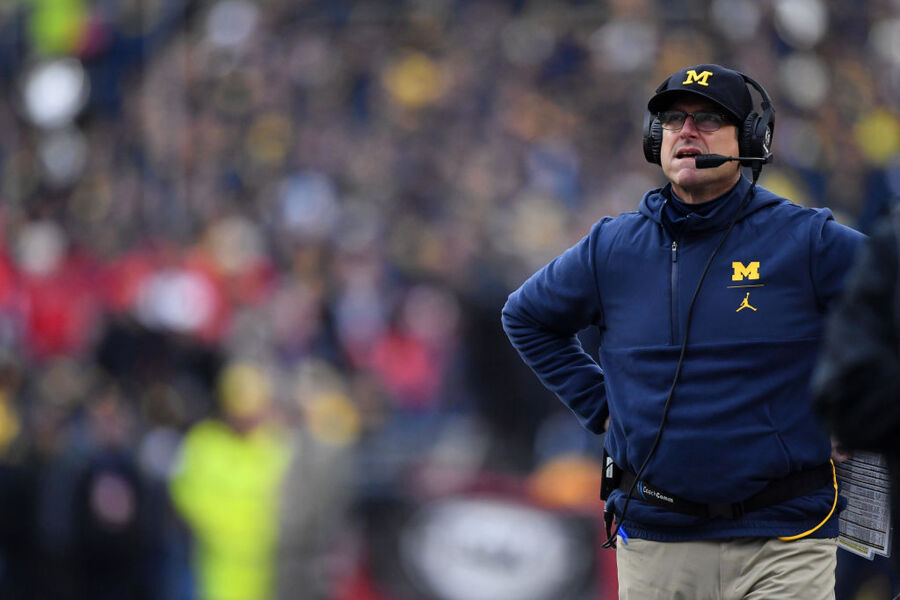 Perhaps even more discouraging, Harbaugh has yet to win a game against Ohio State. He's the first Wolverines coach ever to lose his first four starts against the Buckeyes. That's made it seven consecutive losses for Michigan when playing its hated rival.

Harbaugh and the Wolverines are better against the school's other rival, Michigan State, posting a 2-2 record versus the Spartans. Even so, a 2-6 total record in rivalry games is nothing to write home about.

The Wolverines will likely end this season ranked and Harbaugh will likely still be a major player in recruiting. But until Michigan wins the Big Ten or a major bowl game, the school and fans will have a bitter taste in their mouth.