Jim Harbaugh Has Earned An Insane Amount Of Money From Michigan

When Jim Harbaugh became the head coach of the University of Michigan in 2015, he also took on a set of lofty expectations. When he was last coaching in college football, he led the Stanford Cardinal to an Orange Bowl victory. He then turned around and returned the San Francisco 49ers to national relevance, including a Super Bowl appearance in the 2012 season.

Naturally, Michigan expected similar success. But the Wolverines have been largely disappointed since Harbaugh took over. His first two seasons have been arguably his best — the team finished 10-3 both years, good enough to finish at 12th and 10th, respectively, in the AP poll.

However, it's now been six seasons and the Wolverines have failed to reach the College Football Playoff. They've only even reached the Big Ten title game once in that span, and are sitting at a dismal 2-4 this year.

To be fair, the 2020 college football season has been a mess in general. Multiple games, including three for Michigan, have been canceled. And with COVID-19 providing uncertainty across the country, a disjointed season is understandable. 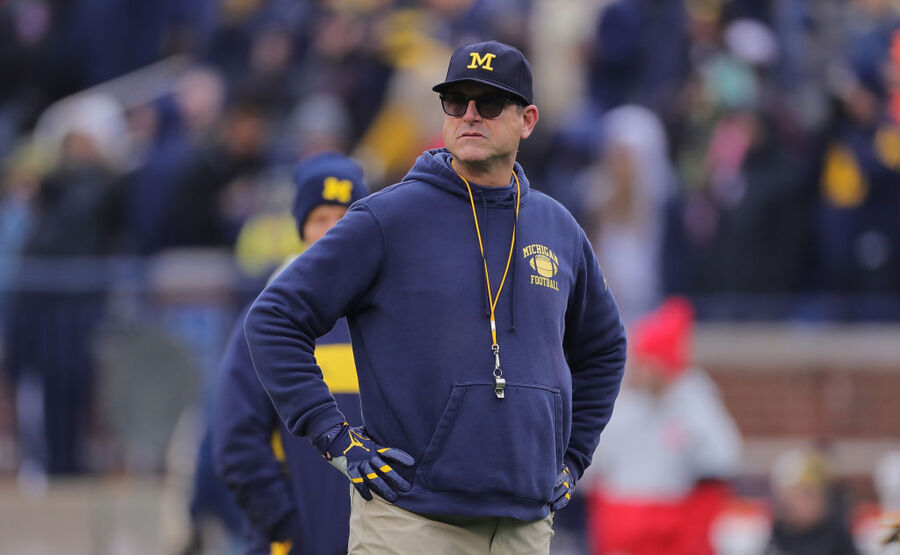 What Wolverines fans are less pleased about: an 0-5 record against rival Ohio State. Oh, and the fact that Michigan has paid Harbaugh $45.4 million so far with only a 1-4 bowl record to show for it.

An already large contract – Harbaugh has made $33.4 million in salary so far – has ballooned thanks to an unusual clause. The University of Michigan is essentially paying Harbaugh $2 million per year for seven years to pay for his life insurance. However, Harbaugh can withdraw from those premiums whenever he wants, without penalty.

The University should get that money back when Harbaugh dies, even when he's no longer coaching the team. But with a life insurance policy estimated to be between $35 and $75 million, Harbaugh can borrow quite a bit as his policy gains cash value.

It's not the typical way for a coach to earn money, though it's an interesting structure for his contract. Of course, the Wolverines were likely hoping they'd at least be contending for a conference championship every year.

That hasn't happened yet. But as many disappointed teams start saying around this point of the season: there's always next year.