If there was ever a time to be jealous of a punter, now would be that time. Okay, maybe you can always be jealous of one since even the lowest paid one is getting paid a lot more than you are this year for doing a lot less work (Washington Redskins punter Tress Way comes in last with a salary of $465,000 this season).

As nice as it would be to make that kind of money, the man we should all be envious of if not jealous is former New York Giants punter Steve Weatherford.

Recently, he was doing his radio show when he got the kind of call people dream about. He was offered a job with the New York Jets. Their regular guy, Ryan Quigley, had a shin infection that had caused swelling and bruising, and would be out for the week. So they needed to bring someone in. 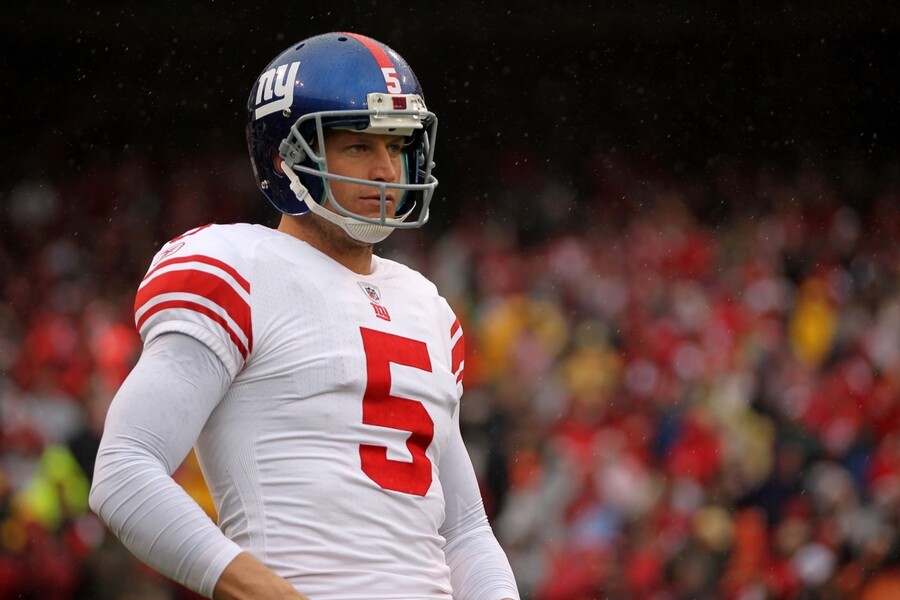 Of all the free agents on the market, why not bring in a guy who averaged 45.5 yards a kick last season and who happened to be in the area? Weatherford was doing the radio show in Manhattan. He had time to drive home, grab his cleats and suit, and meet the Jets at the team's facility before the team departed for Boston.

The Jets signed him to a one year deal for the veteran minimum of $870,000, he punted four times against the New England Patriots Sunday, and held for five field goal kicks. Quigley's infection must have gone away or is at least doing well because they went ahead and cut Weatherford on Tuesday.

So for one day of work that saw him participate in just nine plays, he was paid $51,000.

Not bad for a day's work?

It wasn't a great day for him. He averaged well below last season's (45.5 yards/punt) with just 40.3 yards a punt (tied for last in the league). He later said that while it was a blast, it was a rough day for him.  However, he has won a Super Bowl, played a long time, made a lot of money, and is ready for life after football.

Heck, who knows – he might get called upon to step for someone else before the season is over. If he's getting $51,000 per game, why not?

So while you pick up that extra shift so you can make an extra $100, try not to think about how much the Jets paid Steve Weatherford for nine freaking plays.