The NBA has rules in place to help teams hold onto their best players. When it's time to re-sign, a player's current team can offer more money and a longer deal, providing better job security. Sometimes, that's still not enough, and a player jumps ship anyway. But for players that stay, it's a glorious payday.

Two of the league's young stars are experiencing that windfall now. Jayson Tatum and the Boston Celtics and Donovan Mitchell and the Utah Jazz both agreed to five-year deals worth $163 million. Both contracts could be worth up to $195.6 million if Tatum and Mitchell hit certain milestones.

In both cases, Tatum and Mitchell will play out the final year of their rookie deal next season. That season will determine how much money they make over the following five years. 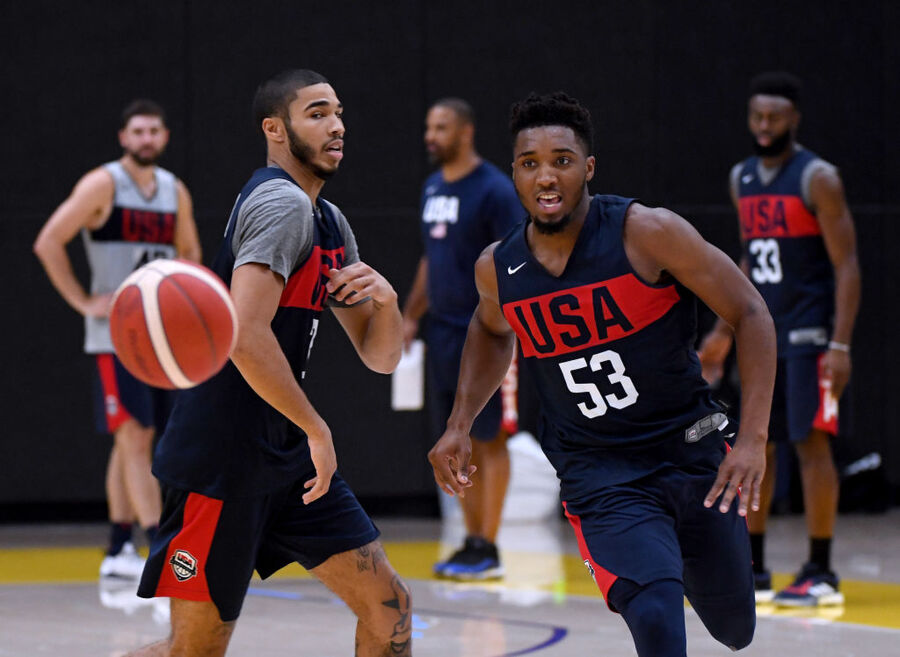 If they don't make an All-NBA team or win those two awards, they'll earn 25% of the salary cap. Their first year will instead be worth $28.1 million, while their final year will be close to $37.1 million.

This potential bonus is officially called the "5th Year 30% Max Criteria" but is more commonly known as the "Rose Rule," named after Derrick Rose, who was the only player in the league eligible to sign the maximum extension when the rule was introduced in 2011.

Tatum made the All-NBA Third Team last season and has a good shot at making it again if he can keep up his strong play. Mitchell has never made an All-NBA team but played at an MVP level during the NBA bubble. Maintaining that level of the course of a season seems unlikely, though we've certainly seen stranger things happen.

The players are going to make a ton of money either way. However, their play on the court this season will dictate just how large those contracts will be.