The dream really came to fruition during the off-season for outfielder Jason Heyward. After all, the years of grinding and putting in the work, his talent was finally recognized in the way that every player desires. He signed his first big money deal, an eight-year deal for $184 million with the Chicago Cubs.

He didn't get to this point in his career all by himself, of course. There were plenty of people who helped him along the way, like his parents, high school teammates and coaches, and probably some friends. Over the years, he has probably thanked them all in some way, shape, or form. During the 2016 season, he is going to be saying thanks during every road trip to a teammate, Cubs veteran catcher David Ross.

Ross, a 38-year-old reserve catcher, has announced that he is going to retire at the end of the season. It will be his 15th season in the big leagues and first with the Chicago Cubs, his eighth MLB team. To show Ross what he has meant to him and to say thanks, Heyward is paying to have Ross's room for every road game upgraded to a suite. 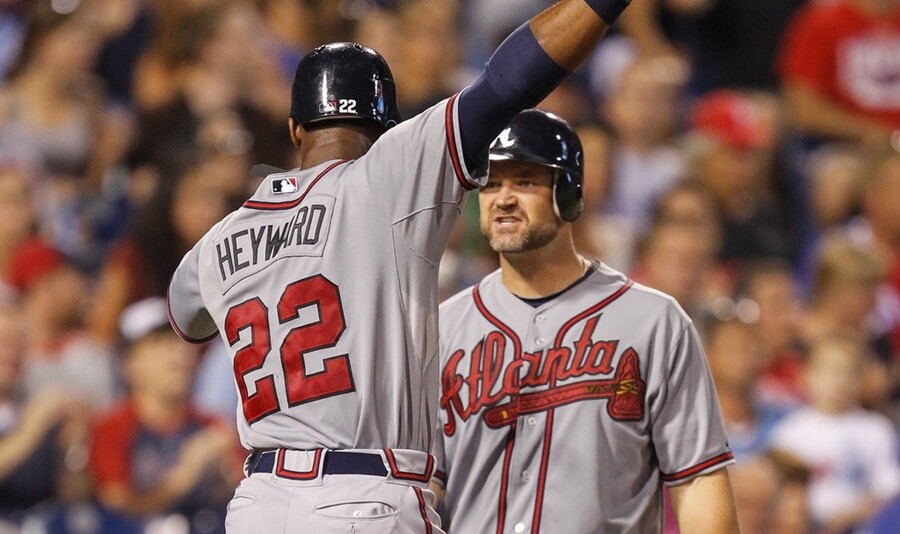 "That's one of the first emotional moments I had in the off-season," Ross told Carrie Muskat of MLB.com. "[Heyward] texted me this nice long message about supposedly what I've done for him. That was cool to start reflecting back and people you've played with start saying nice things."

The 2016 season is going to be Heyward's first with the Cubs as well, but the two were teammates back in Atlanta. Ross was with the Braves from 2009-12; Heyward made his MLB debut with the Braves in 2010. The two were locker mates that season. Whatever Ross did or said to Heyward must have had a heck of an impact.

Heyward was only 20 when he made his MLB debut. He had been in the Braves system since being drafted out of high school when he was just 17. As well as he played in the minors, and even though he had earned the right to be the starting right fielder on Opening Day of the 2010 season, having a veteran presence sitting next to him in the locker room every day had to be an invaluable tool to Heyward.

Heyward went on to win Rookie of the Year honors that season and was named to the All-Star roster.

Rooms at the Cubs hotel partners, the Starwood Hotel and Resorts cost about $180. A low level suite costs $297. So, assuming the cost of upgrading is just covering the difference, the cost of his gift would be around $10,000. Since rates vary according to the hotel the team actually stays in and location the cost could very well be higher.

With $15 million base salary this season and a $20 million signing bonus, Heyward will have no problem covering whatever the bill ends up being.