Jared Goff may not have won the Super Bowl this past season, but at least he's on top in one area. Goff and the Los Angeles Rams agreed to a four-year extension that has more guaranteed money than any other contract in NFL history.

Goff's extension will pay him $134 million over four years, with $110 million guaranteed.

Perhaps it's only fitting that Goff got a raise this summer just months after Carson Wentz received a huge guaranteed payday. In June, the Philadelphia Eagles offered Wentz $128 million with $107.9 million guaranteed. Goff was selected first overall in the 2016 NFL Draft, with Wentz going immediately after.

Goff's deal gives the quarterback a much-deserved raise. He'll make $4.3 million this season and $22.8 million the following year. This new extension kicks in before the 2021 season, which will keep Goff in L.A. until at least 2024. 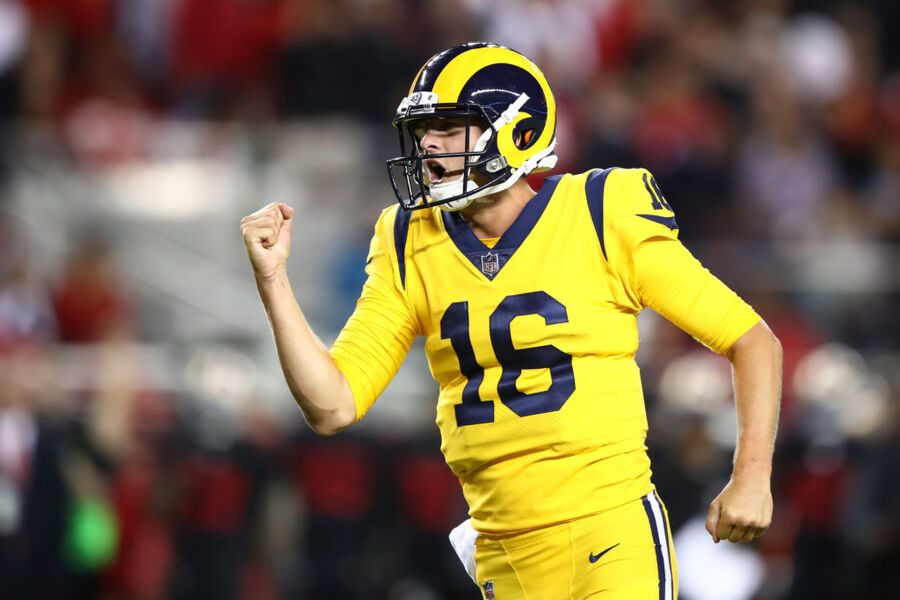 Goff has certainly come a long way from a rocky rookie season. After the Rams traded up from the 15th pick to take him No. 1 overall, he had seven winless starts in 2016.

Turns out all Goff needed was a little change of scenery – specifically, a new coach.

In the two seasons since Sean McVay took over, the Rams have gone 24-7 in games Goff has started, winning back-to-back division titles and reaching the Super Bowl in 2018. Goff has also been selected to two Pro Bowls in a row.

He's thrown for 9,581 yards in his career, with 65 touchdowns alongside 26 interceptions. He's also steadily increased his QBR and completed five fourth-quarter comebacks over the past two years.

With this extension, Goff can focus all of his attention on the field. The Rams are among the favorites to return the Super Bowl. Goff's salary is number one – can he get his team there, too?