Tight end Jake Butt was a standout at Michigan. He finished his senior season with 546 yards and four touchdowns. As a tight end with strong blocking skills who can also catch passes and stretch defenses, Butt was arguably a first-round pick midway through his senior year. He also won the 2016 Mackey Award, which is given to the best tight end in the nation. At the very least, Butt was projected to be an early second rounder.

Unfortunately, he tore his ACL in the Orange Bowl against Florida State. His draft stock plummeted as a result – he was finally chosen with the first pick of the fifth round, No. 145 overall. The slide cost him a little more than $3.6 million based on the rookie pay scale. He would have made about $4 million in guaranteed money with an early second-round selection, but instead he'll earn $380,000 in guaranteed money.

However, thanks to a $2 million loss-of-value policy Butt took out before the start of the season, he started collecting insurance for each pick where he wasn't chosen, starting in the middle of the third round. He made $10,000 per pick tax-free and earned a total of $543,000 after being passed over in the fourth round, too. 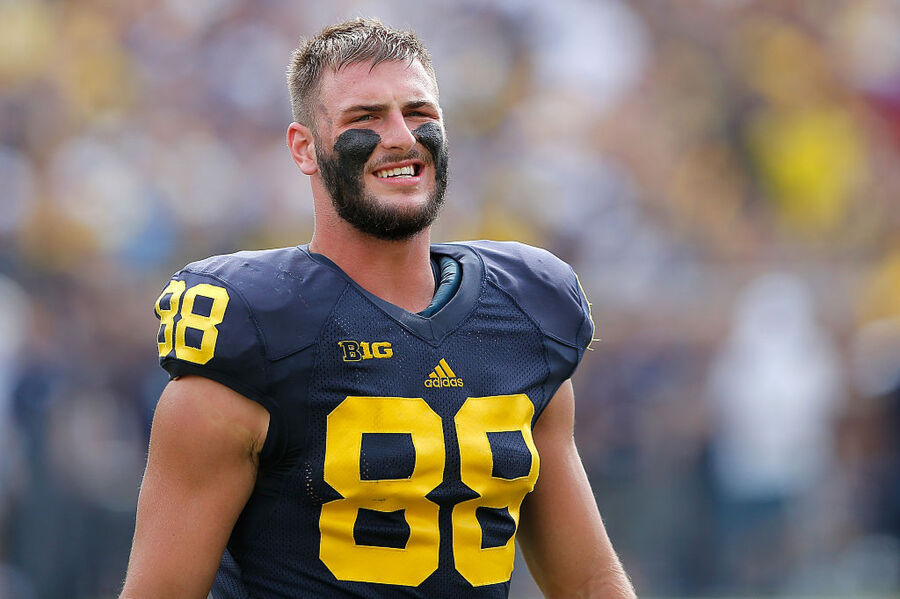 Taking out that insurance policy was a genius move on Butt's part. While it's unfortunate that he lost potential earnings, he made more than half a million dollars before ever playing a snap in the NFL. That's not something a lot of players can say.

A few players have made big money from loss-of-value policies over the past five years. In 2015, Oregon cornerback Ifo Ekpre-Olomu made $3 million in insurance after tearing his ACL and dislocating his knee and falling to the seventh round. Notre Dame's Jaylon Smith collected $850,000 after suffering ACL and MCL tears, resulting in a drop out of the first round in last year's draft. However, that doesn't nearly compare with what Smith lost by sliding to the second round.

The Broncos are hopeful Butt will be recovered from his injury by September and can join the team on the field. For now, though, he'll be enjoying a little more spending money than his fellow rookies.