It's Official… An NBA Jersey Is Going To Have Advertisements

Last month, the NBA announced that it would be selling ad space on its jerseys. And now, we officially have our first team and company match.

The Philadelphia 76ers became the first team in any of the four major professional U.S. sports to sell ad space on its jerseys, striking a deal with StubHub for $15 million over three years. The advertisements, which will be on a 2.5-by-2.5-inch space on the jerseys, will start appearing on jerseys in the 2017-18 season.

The NBA is testing a three-year pilot program for the advertisements. If the program continues beyond that, the Sixers have the option to extend StubHub's contract.

StubHub, which is owned by eBay, has typically served as a place for people to re-sell tickets to events. People use the site primarily to make a profit on tickets that they otherwise couldn't use, for whatever reason. With this deal, the site becomes the primary and resale partner of the team. 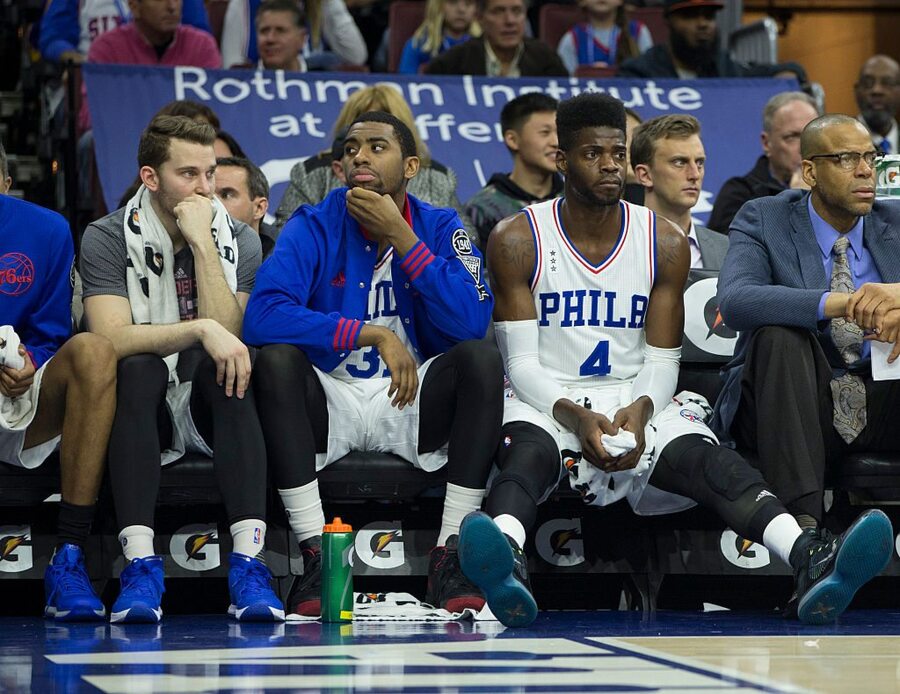 Despite only having one winning season in the past seven years and finishing an abysmal 47-199 record over the past three seasons, Sixers CEO Scott O'Neil said the team ranks third in the league in new ticket sales. The Sixers have three picks in the first round of next month's draft, so the buzz of exciting new prospects may help keep the tickets selling.

For StubHub's part, this helps them connect with the people using their product. Acknowledging they've been more of a transactional company in the past, they believe this deal will allow them to share in the special moments the Sixers have. Granted, those special moments have been few and far between this decade, but maybe the team's fortunes will change.

It remains to be seen if this move will set off a barrage of other deals. Teams can sell to any company that doesn't deal in gambling, alcohol or politics. For certain national partners, the NBA has given protected status. So, for big names like ESPN, ABC and Turner (the official media partners), Nike (the apparel partner starting in 2017-18), Tissot (the timekeeper), and Spalding (the ball), no other competitors can buy advertising space. We won't be seeing any CBS or Wilson brands on jerseys anytime soon (sorry, Tom Hanks).

As far as who gets the money, the league takes half and distributes it to the players, contributing to a rising salary cap. Alongside the new television deal that kicks off next season, this will play a part in some massive deals we'll see in free agency over the coming seasons.

The other half of the money will stay with the teams. One portion of that half will go to the individual team that does the deal, and the other will go to a revenue sharing pool among all the teams. Even if a team never makes a deal, they'll still get to profit from any sales. NBA Commissioner Adam Silver has said in the past that he believes the advertisements will bring in about $120-$180 million per year for the league.

While the jerseys sold on NBA.com and nationwide won't have corporate sponsor logos, the Sixers will be selling the new uniforms at their team locations. If you're a Sixers fan that also really likes using StubHub, it's the perfect way to show your loyalty.