It's Official: Alex Rodriguez Has Purchased The Minnesota Timberwolves

After retiring from MLB, Alex Rodriguez has continued building his portfolio through real estate. Yet the former shortstop and third baseman wanted to invest back into the game he loved. He attempted to buy the New York Mets, though that deal ultimately fell apart.

So the 45-year-old set his sights on another league, instead: the NBA. And along with tech entrepreneur Marc Lore, Rodriguez has agreed to a deal to buy the Minnesota Timberwolves and the WNBA's Minnesota Lynx. Financial terms aren't immediately known, but the deal is believed to be worth about $1.5 billion, per Front Office Sports.

The Timberwolves franchise has been available for about a month. Owner Glen Taylor first put the team up for sale on April 10. Though he's selling, he still plans to operate the team through the 2022-23 season. 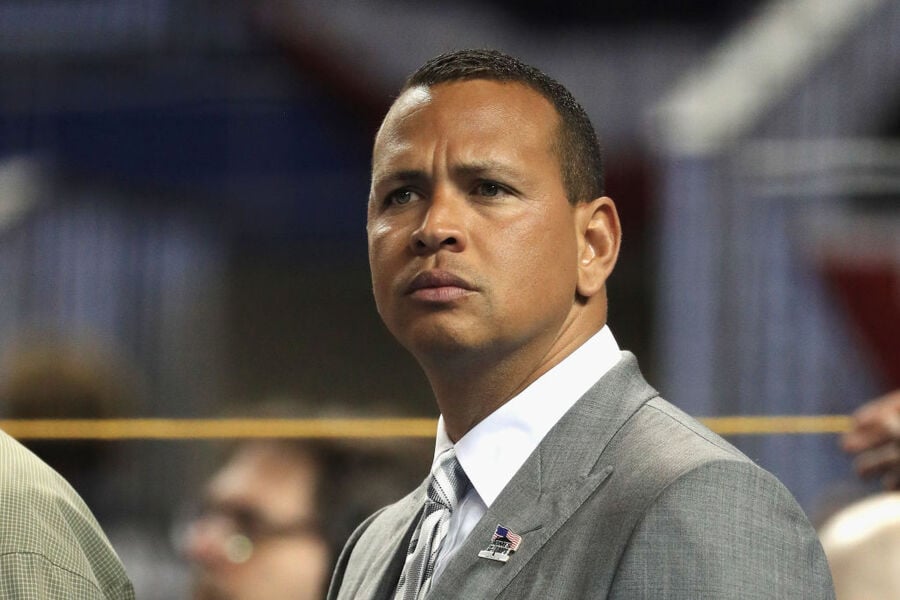 Rodriguez and Lore almost let the deal slip through their fingers. They were offered an exclusive 30-day window to purchase the team without competition. That deadline passed earlier this week, but the two sides kept negotiating and got a deal done Thursday night.

Rodriguez has been investing since 1995, when he founded A-Rod Corp. The organization, involved with over 30 companies, has put more than $1 billion into real estate and has invested in sports, wellness, media, entertainment, and technology. Rodriguez also serves as the CEO of Slam Corp., a special purpose acquisition company (SPAC) he started alongside Antara Capital's Himanshu Gulati.

The deal needs to be approved by NBA owners before it's finalized, but it looks like Rodriguez will finally accomplish his dream of owning a pro sports franchise. However, he's getting a bit of a mixed bag.

The Timberwolves have struggled over the past few decades, reaching the playoffs just once since 2004. On the other hand, the Lynx are perennial title contenders in the WNBA, reaching the Finals six times since 2011, including four championships.

Owning a professional sports team is something very few people can do. It wasn't easy, but Lore and Rodriguez are now among that small group of folks.