It Only Took Carmelo Anthony Eight Games To Make $2.15 Million

A season ago, Carmelo Anthony was at the lowest point of his career. After a brief stint with the Houston Rockets, he was shipped to Atlanta and Chicago, respectively, but didn't appear in a game for either the Hawks or Bulls. It looked like it might finally be time for Melo to hang them up.

Instead, he insisted that he could still play. And after the Portland Trail Blazers got off to a disappointing 5-9 start, they gave Anthony a call. His contract wasn't even guaranteed, but it was an opportunity.

Just eight games into his Trail Blazers career, Anthony proved his worth. According to Adrian Wojnarowski, the team amended Anthony's contract so that it's now fully guaranteed. That means the 35-year-old will make $2.15 million this season. 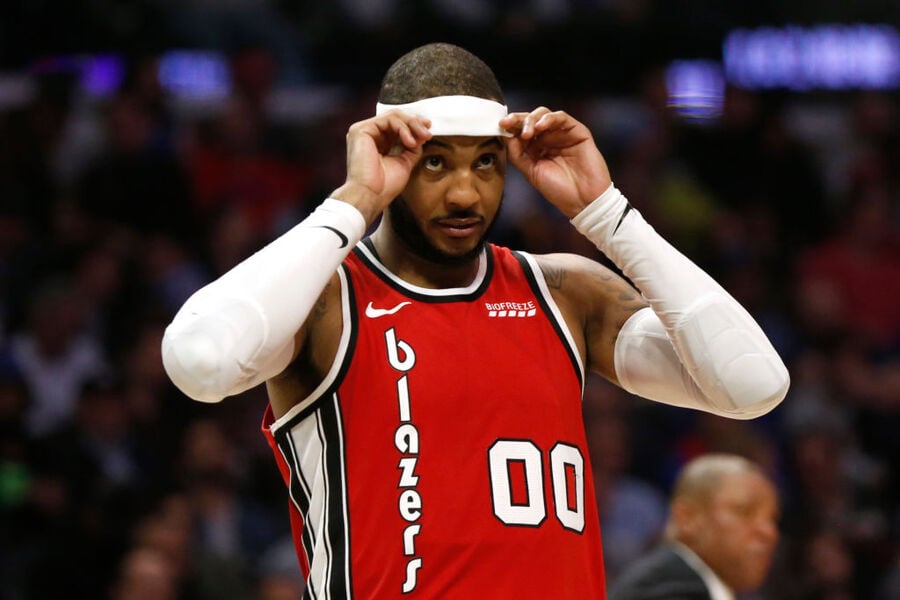 ESPN's Bobby Marks also added that the NBA will reimburse the Blazers about $800,000 for the deal. The team will only be on the hook for about $1.36 million.

When the contract was amended, Melo was averaging 16.9 points and 5.9 rebounds per game while playing 31 minutes a night. He had just won the league's Player of the Week award, which came at the end of a 3-0 stretch for Portland.

As far as money goes, it's actually a downgrade for Melo. Despite not playing a single game for the Hawks or Bulls last season, he still received close to $28 million.

But he's made more than $260 million in salary alone throughout his 16-year career. And that doesn't even take into account all of his money from endorsements. Anthony is set for life financially.

This contract symbolizes more than purely money. It's Anthony getting another chance to play the game he loves.