It Doesn't Pay (As Well) To Be The No. 1 Pick In The NFL Draft This Year

On Thursday night, the dream finally became a reality for 31 former college football players. After years of hard work, they got to hear the NFL commissioner call their names and announce they are now a part of the National Football League. For many, just getting drafted is enough of a thrill, but for some, where they go in the draft is important. Some like the prestige that comes with being among the guys chosen first. It certainly doesn't hurt to get paid more than the guys picked after you.

Jared Goff should be happy after being taken by the Los Angeles Rams with the first pick in the draft Thursday night. However, while the value of his contract will be the highest among rookies, he is not going to bring home the most. That honor goes to the No. 2 pick, Carson Wentz.

Goff will not even earn the second most among this year's rookies. Ezekiel Elliot, who the Dallas Cowboys took with the No. 4 pick, will make more than Goff as well.

What? How can that be? Blame the tax man. 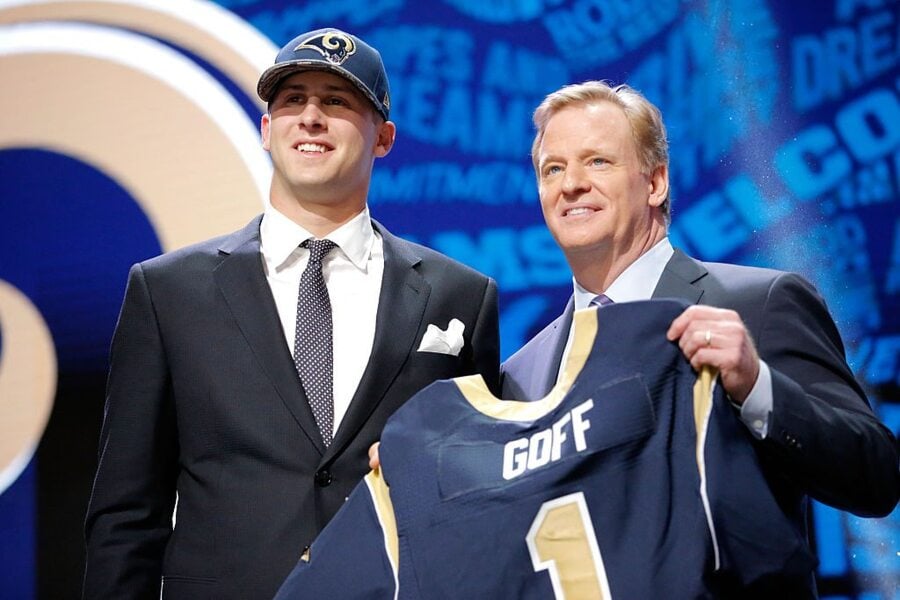 Using the guaranteed compensation the 2015 picks received, Robert Raiola, a CPA and the Sports & Entertainment Senior Group Manager at PKF O'Connor Davies, LLP, crunched the numbers and figured out how much the top five picks will earn under their rookie contracts. He shared his data with the world on Twitter:

In some cases, it's the state income tax (along with the federal income tax of course) that does the most damage, but for some guys, it is the infamous "jock tax" that hurts the most. On paper, the tax is not meant just for athletes but for anyone that earns money in a state or a city other than the one they call home. Tracking everyone that does would be more trouble than it's worth, so highly paid professional athletes end up being the ones targeted – hence the name "jock tax."

It doesn't hurt that their game schedule makes it pretty easy to track what they make and where. Some athletes end up having to file taxes in as many as 20 states every year.

Athletes everywhere can thank the great state of California for the modern day version of the jock tax. California levied one against the Chicago Bulls players back in 1991 when they came to town for the NBA Finals. Illinois soon began doing the same, but only against athletes who came from states that imposed a tax against Illinois-based athletes.

As of 2014, the only states that do not charge a jock tax are Florida, Texas, and Washington. Tennessee has since repealed their version of the jock tax, but will still be collecting it for the 2015-16 NBA season. Congress prohibits the District of Columbia from imposing an income tax on non-residents (like politicians).