Isaiah Thomas Has Lost Hundreds Of Millions In Just One Year

During the 2016-17 season, Isaiah Thomas was one of the best stories in the NBA. He had gone from the very last pick of the 2011 draft to a top player in the league. He averaged 28.9 points, 5.9 assists, and posted a line of 46/38/91 en route to a fifth-place finish in MVP voting. The point guard even helped lead the scrappy Celtics to the Eastern Conference Finals and looked poised to receive a massive contract worth hundreds of millions of dollars when he entered free agency this summer.

The Celtics reportedly were willing to give Thomas a three-year, $100 million contract. Thomas thought he could do better than that. In fact, he even said he expected the Celtics to "back up the Brinks truck" with their offer, which could have been in the neighborhood of five years and $200 million.

But then, in the blink of an eye, everything changed. And now, Thomas just signed with the Denver Nuggets for the veteran's minimum: one year, $2 million. 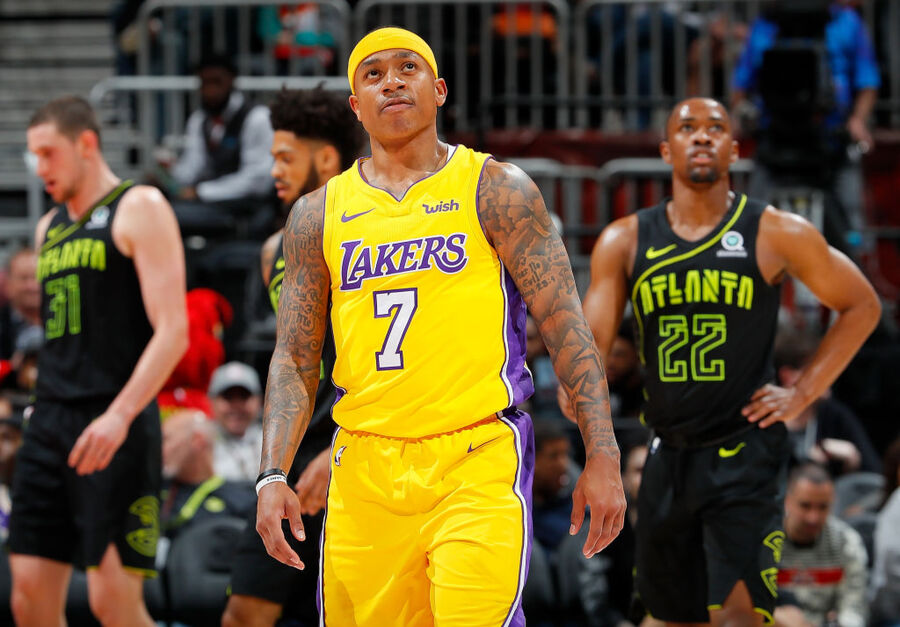 Thomas suffered a hip injury during the playoffs. Though he attempted to play through it, he ultimately missed the final three games of the postseason. Trying to tough it out may have actually cost him in the long run.

The Celtics, worried about Thomas's overall health, traded him in a deal for Kyrie Irving. Once in Cleveland, Thomas struggled both on and off the court. He shot just 36 percent from the field and 25 percent from three and was allegedly part of some internal locker room tension. And that was after sitting out the first two months of the season.

His stint in Cleveland was a short one. After just 15 games with the Cavs, Thomas was sent to the Los Angeles Lakers. Though his play improved a bit, Thomas underwent hip surgery in March, missing the rest of the season – and putting his NBA future in doubt.

Hip injuries are notoriously difficult to come back from in the NBA. For a player like Thomas, who stands at just 5'9″, he needs a quick first step. If his hip prevents him from getting that burst, he has few options.

That's why this season in Denver is essentially Thomas's last shot. He had few, if any, other offers. If he can regain the level of play that he had with the Celtics, he'll parlay that into a nice deal next offseason. If he can't, then he may find himself out of the league by next summer.

Luckily, Thomas has all the confidence in the world, and he'll have a great opportunity with the Nuggets. He just needs his hip to cooperate.