Is This The Most Valuable Olympic Medal Ever? Philippine Athlete Rewarded With Huge Bonus And TWO Homes!

The Olympics always have a ton of exciting and intriguing storylines. For example, we've just seen 17-year-old Alaskan Lydia Jacoby have an impressive come-from-behind upset win in the 100m breaststroke. Simone Biles opened up an active discussion on the importance of addressing mental health with athletes. And a slew of new sports are making their debut, from skateboarding to surfing to sport climbing.

But perhaps the most impressive moment of the Olympics so far has been the victory of Hidilyn Diaz. After training at home using water jugs attached to the end of a bar, Diaz won gold at the 55kg weightlifting competition, lifting an Olympic record 224 kilograms.

She became the first athlete from the Philippines to win a gold medal, ending a 97-year drought. And for her efforts, she's getting a huge reward. 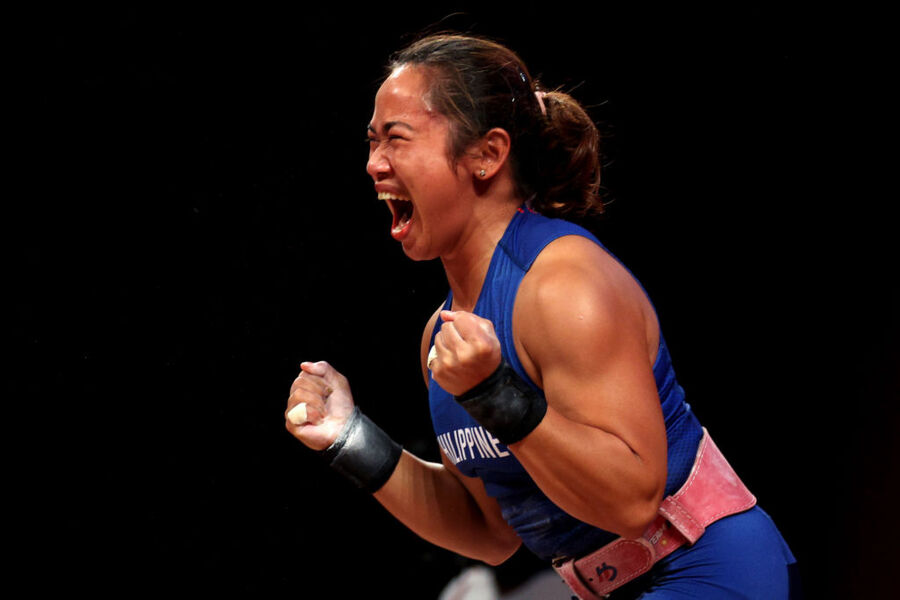 Diaz will receive 33 million pesos from her country — worth about $600,000 — and not one, but TWO homes. Megaworld, a property empire owned by real estate mogul Andrew L. Tan, is offering Diaz a condo in the Eastwood City development in Quezon City. Per the Associated Press, another real estate company said it would offer Diaz a condo unit in an upscale district in Manila.

Megaworld released a statement saying they were proud to offer Diaz, the country's first gold medal athlete, a home in its first-ever township.

The Philippines sent just 19 athletes to the 2020 Tokyo Olympics, competing in 11 sports. Despite the relatively small representation, Diaz has risen to the top of her sport — and she just might be the best story of the entire Olympics.

For perspective, American athletes who win gold will be awarded with $37,500 from the United States Olympic & Paralympic Committee. Silver is worth $22,500 and bronze is worth $15,000. It's doubtful that any US athletes will be rewarded with a free house, let alone multiple houses 🙂